TECHDAILY
Home Startups Announcing the Saola Accelerator in Vietnam
Share on Facebook
Tweet on Twitter
This is a “saola”, a long-horned ox so rare that it’s often called an “Asian unicorn.” (nevermind that it has two horns!). Saolas are found almost exclusively in Vietnam.

I believe there are other Asian unicorns to be found in Vietnam, which is why 500 Startups Vietnam is pleased to announce the launch of the Saola Accelerator, our version of 500’s flagship program in San Francisco with local experts weighing in. It’s the right time to build a springboard for Vietnam’s next tech unicorns. Read on for more information about the current landscape, what Saola aims to do, and what kind of startups we’re looking for!

Vietnam has shown how much it can do with very few resources. From one of the world’s poorest economies in 1990, it has averaged nearly 7% annual growth since; no wonder Bloomberg has called Vietnam “Asia’s newest tiger economy“. The BBC has even speculated that this country could become the next Silicon Valley, though I would like to think that Vietnam’s entrepreneurs are building something else, with meaningful value-add especially to the world’s emerging economies.

Early-stage Vietnamese startup founders are symbolic of this scrappiness. They have demonstrated the courage to take the entrepreneurial leap, the heartfelt candor to attract early hires, and the all-in hustle to hack out a product and bring on customers, and they have done this with very little financing and experienced guidance compared with more mature ecosystems. Some startups have hit meaningful scale anyways, such as VNG (thought to be Vietnam’s first unicorn), Sendo (closed $51M Series D led by Softbank Korea), Topica EdTech (closed $50M Series D led by North Star Group), and Momo (closed $28M from Goldman Sachs and Standard Chartered Bank). They’re empowered not only by the pursuit of financial gain, but by the desire to benefit Vietnam as a whole and to bring Southeast Asia up to par with any developed region of the world. Hence the presence of 500 Startups Vietnam and our belief in the birth of more unicorns to come.

Being a founder may be one of the loneliest jobs in the world, but they shouldn’t have to “go it alone”. In more developed startup ecosystems, there are usually many accelerators. In the U.S. alone, there are more than 700 accelerators (Crunchbase search; Brookings Institute study), providing financing, knowledge, skills, access to customers, hands-on operations & growth help, and/or social & emotional support. 500 Startups, Y Combinator, Techstars, and Mass Challenge are among the more notable accelerators. Yet many other accelerators struggle or fail, due to various reasons including too little mentorship, lack of business development, misaligned stakeholders, and others.  (Read: it’s really hard to run an accelerator!)

Vietnam is plainly earlier in this journey. According to the Ministry of Science and Technology, there are fewer than 50 self-described accelerators and incubators. The most active programs include:
– Topica Founder Institute (TFI), the Vietnam chapter of global startup launch program Founder Institute
– Vietnam Silicon Valley (VSV), a public-private partnership with the government of Vietnam
– Vietnam Innovative Startup Accelerator (VIISA), a joint venture between local technology company FPT and investment firm Dragon Capital

These programs have generally worked with founders in their earliest stages, as reflected by their programming (e.g. TFI’s) and their investment amounts (TFI – N/A, VSV – $20K, VIISA – $15K). Yet several notable Vietnamese tech startups have emerged, such as Appota (TFI), WeFit (TFI and VIISA), Lozi (VSV), and WisePass (VIISA). The programs have played a role in startup formation and founder education, which is why we’ve been happy to spend time with participating founders in trainings, mentor sessions, etc. However, Vietnam has been lacking in programs specifically for founders that are ready to scale.

500 Startups Vietnam has been aiming to fill the gap with our straight seed investment:

I’m pleased to say that most of our startups are making substantial progress so far. Among those we invested in more than 1 year ago, more than 70% have raised additional capital or exited. Our startups have raised more than $90 million from downstream capital. 3 companies are already “centaurs” or on track to be soon. 2 companies have closed money from Sequoia. 1 company has been acquired.

But there’s so much more to be done: investing in more startups, supporting our portfolio companies scale to greater heights, and generally helping to elevate the ecosystem.

Since our first Silicon Valley accelerator batch in 2010, 500 Startups has worked with 1,000 companies in more than 40 program batches around the world, including the Americas (e.g. San Francisco, Mexico City, Miami), Europe (e.g. London, Stockholm, Berlin), the Middle East, and Asia (e.g. Seoul, Kuala Lumpur). Lots of hard lessons learned during that time, but we think we’ve gotten pretty good at it. 500 Startups is often called one of the top accelerator programs in the U.S. (including Forbes and Entrepreneur); and we even teach best practices to other accelerator managers.

We’re excited to bring that experience to Vietnam. We’ll invite one of our experienced partners to direct the accelerator and have an all-star cast of folks to help localize the program and work closely with participating companies. I’m also excited to be doing this in partnership with GS Shop, Korea’s foremost retailer with a very active corporate venture team (nearly 500 direct and indirect portfolio companies internationally). GS Shop and 500 Startups have had a close relationship for years, with investments and collaborations spanning from Korea to the U.S. and the Middle East. GS Shop plans to send aides to the program and also match 500VN’s investment in select portfolio companies.

This all means that participants in our accelerator program can get

As with any of 500’s programs, I expect that we will make some mistakes and need to adjust some things along the way. But overall we’re aiming for this to be a transformative experience for not only participating startups but also for the broader Vietnam startup ecosystem!

What We’re Looking For

Any startup can apply if it (a) is a tech or tech-enabled startup, and (b) has a Vietnam connection (e.g. serving the Vietnam market, having a Vietnamese co-founder, and/or having a meaningful portion of the team in Vietnam)

Those are just basic criteria. From there, we’re looking for startups with several of the following:

NOTE: this article reflects the personal views of Eddie Thai, and not necessarily the views of 500 Startups. Nothing in this article should be construed as an offer, invitation or solicitation for investment, or be construed as investment advice. Data provided is as reported by portfolio companies, third-party sources, and/or internal estimates and may not have been independently verified.

Why do HDVC stand out from the crowd in the IPFS ecosystem?

Launch Your Business in Georgia (The Country, not the State)

Windows 10: What is the difference between Windows 10 Home and...

August 12, 2019
What you get with Windows 10 Home:The operating system comes with a host of new features including the revamped Start Menu.This feature is back...

A patient has died after ransomware hackers hit a German hospital 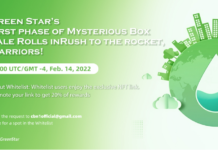