The market for global digital currency exchanges is a single-mode market, with 90% of users and trading volumes possessed by the top five exchanges. In the current market with almost no Long Tail Effect, it is almost impossible to start an exchange from scratch. This is a consensus of everyone familiar with the trading track.

As a new unknown digital currency exchange, Apifiny unexpectedly declared its plan to be listed on the NASDAQ, which obviously does not conform to our understanding of the exchange market. After all, there’s only one exchange in the world listed on the NASDAQ, the global large-scale digital currency exchange Coinbase. So where does Apifiny’s confidence of being listed come from?

There must be something strange about things going wrong. Let’s take an in-depth look at the business scheme behind Apifiny, the unknown exchange.

1. A special exchange, the essence of Apifiny is an intermediary

In the self introduction of Apifiny, “Apifiny is a global digital asset transaction execution platform that unifies the decentralized global trading market and provides simpler, faster and more cost-effective solutions to global trading and liquidity for professional traders and digital asset exchanges”.

In fact, however, Apifiny itself does not provide any digital currency transaction matching services. It only provides API interface integrated from major exchanges, giving users a more unified trading operation platform.

Actually, Apifiny does not own the users or the funds given by users. It only acts as a pipeline intermediary, which diverts large-scale transactions with its own tools.

Although Apifiny claims that trading through its platform has various advantages and enjoys a 20% fee reduction, as senior industry players we can easily find that Apifiny is essentially a trading intermediary. It is the same as those exchanges who put their registration invitations and commission rebate ads frequently on various social platforms. The only difference is that Apifiny has packaged its intermediary business into a more high-end one.

2.How dare Apifiny plan to be listed?

As an intermediary platform, the trading volume of 1.4B in half a year is very low. By contrast, in the same year of 2021, Huobi’s highest daily trading volume was more than $700 billion, exceeding the trading volume of the NASDAQ market that day. By comparison, it can be seen that Apifiny is insignificant in the field of digital currency transactions. The business model, volume and profitability of Apifiny are not enough to support its listing on NASDAQ.

However, Apifiny announced to the public that it plans to list on the NASDAQ by merging with Abri SPAC, the method which is usually called as a backdoor listing. Using SPAC’s existing status as a listed company, Apifiny wants to be listed itself.

However, with Apifiny’s business volume and profit model, is it really possible to acquire a listed company? “For the business merger, Apifiny and Abri SPAC signed a pro forma enterprise value of approximately $530 million at $10 per share, including $57 million from Abri SPAC’s cash trust account.”

The entire merger involves huge amounts of funds, the business layout of which is obviously beyond Apifiny’s own business volume and ability. The listing operation of Apifiny just like an ant dreaming of swallowing an elephant.There must be unseen stories about Apifiny’s merger with Abri SPAC.

3. The identity of the manipulator behind Apifiny points to Xu Maodong, a person wanted by the Chinese police worldwide

Apifiny’s listing operation is full of strangeness, and such capital manipulation is obviously beyond the control of Haohan Xu , the operator of Apifiny under the spotlight.

But it doesn’t matter, because Xu Haohan has his father Xu Maodong behind him. Xu Maodong is the former chairman of the board of directors of Galaxy Internet, and the former controlling shareholder of Tianma and Busen. After the disclosure of his plot in China in 2018, he fled abroad and was wanted by the Chinese police globally.

Xu Maodong swept away tens of billions of RMB from China through capital manipulation, which well explains the large source of funds for Apifiny’s shell SAPA. This could also explain why this “ant ”dare to swallow an elephant，it has a much larger backer behind.

Although Xu Maodong is hiding behind the scenes, he still works for Apifiny in private, including raising funds from overseas Chinese with Apifiny’s listing on NASDAQ as a gimmick in roadshows. Xu Maodong just pushed his son to the public because he couldn’t operate Apifiny himself because of his wanted status.As for why an ordinary company with a weak business model desperately wanted to go public, we have to talk about the previous tricks of Xu Maodong to manipulate capital.

First of all, when Apifiny privately raised funds from investors, it made a promise of going public, which must be fulfilled. Secondly, once listed, Apifiny will turn from an unknown small enterprise to one with a valuation of hundreds of millions of dollars. Then, Xu Maodong, the largest controlling shareholder, will be able to repeat his previous tricks, raking in money through equity pledge and guaranteed financing. It’s just that the target of this time has changed from investors in the secondary market to investors of Apifiny in the primary market. Apifiny is starting a reaper’s game. 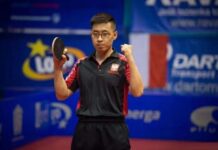 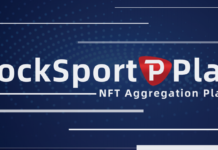 March 19, 2020
With people across the world being urged to work from home and keep social interactions to a minimum in the wake of the novel... 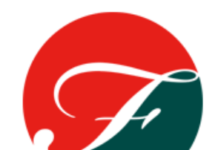