With so much going on this week in the world of Call of Duty, it’s easy to forget that Black Ops Cold War Season 5 Reloaded is starting soon.

But COD gamers have been warned that big changes are coming to the Black Ops universe this week, including new modes, maps and weaponry to try out.

But even though both Cold War and Warzone are being updated, that won’t mean there will be a new Battle Pass.

The Season 5 Battle Pass will continue ticking over, with Activision launching a new wave of content via a Reloaded patch.

But even though it’s a smaller mid-season update, there’s still plenty to look forward to on PS4, Xbox One and PC.

The first thing to note is that the first Season 5 Reloaded patch will be arriving later today in the United States, and tomorrow in the UK.

The official Call of Duty Cold War Season 5 update time has been set for 5am BST on September 8.

This will be when you can download the new patch which includes all the stuff needed for Season 5.

However, the Season 5 release date is unified with Call of Duty Warzone, meaning that gamers will have to wait until September 9 before they can play Season 5 Reloaded.

A message from Activision explains: “Officially launching next Thursday following updates to Black Ops Cold War on September 7 at 9 PM PT and Warzone on September 8 at 9 PM PT, Season Five Reloaded introduces a variety of free content in Multiplayer and Zombies, with The Numbers Event delivering content across both games later in the season.

“From a reimagined overhaul of Warzone Rumble known as Clash to a new functional Melee weapon, the fight rages on in the ‘80s as we prepare for the upcoming sixth season in Black Ops Cold War and Warzone.

“Meanwhile in the Store, a familiar Operator to Black Ops veterans returns to bolster NATO’s forces, while the Warsaw Pact receives a new Bundle to help them lay down the law.”

The new Cold War Season 5 patch can be downloaded on PS4 consoles before the release tonight, but it should be noted that this will not give early access to anything being planned.

What it does mean is that you can avoid queues and get everything ready for install without waiting around.

And for a quick glimpse at what’s coming next to Cold War, you can check out these early patch notes, courtesy of Treyarch:

NEW MODE – After a hiatus since Season Three of Modern Warfare in 2020, Demolition is back for Black Ops Cold War.

First introduced in Call of Duty: Modern Warfare™ 2 (2009), this game mode is akin to a respawn-enabled, amped-up Search and Destroy. In Demolition, one team of attackers attempts to destroy a pair of bombsites while defenders must prevent the detonations.

All-out chaos ensues when time is extended after the first bomb site is destroyed, and both teams have a chance to play offense and defense before the match ends. If there is a tie, expect even more madness: a single neutral bomb site becomes active, with the first team to detonate it winning the match.

ZOMBIES OUTBREAK – Across the Outbreak Zones, Requiem is reporting the presence of a new chest type alongside the usual small, medium, large, and golden varieties: the mysterious Black Chest.

Much like previous World Events found throughout the Regions, the exact details of this event are for Requiem agents to discover. Once they do, they may find the reward far outweighs the risk…

ZOMBIES RAMPAGE – Operators heading back into round-based experiences to complete those Season Five Challenges will also find a new feature to ramp up the action from the very start: the Rampage Inducer.

Appearing as an orange Essence canister in the starting area, the Rampage Inducer will temporarily ramp up the difficulty to Cranked-level proportions if all members of a squad agree to take on the challenge. Once activated, this canister will speed up zombie spawn rates and cause all zombies to sprint endlessly until Round 20, turning up the action until the second major round milestone is reached… or a total squad wipe long before then. 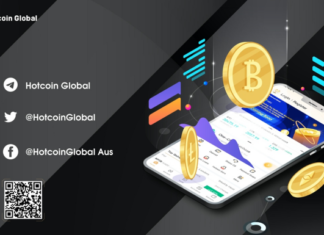 June 6, 2022
Foreword In today’s increasingly mature digital asset market, exchanges, as one of the most important roles in the industry, have gradually formed a certain pattern...

The Founder of E4C: Final Salvation – The “Godfather” of Esports...

Explore the “Deep Water Area” of Financial Technology and Leverage the... 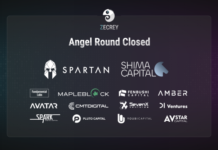 An Exclusive Interview with XIE Yijun: Empowering the Smart Future of...