There have been a few hints at what’s coming next in Call of Duty Black Ops: Cold War and COD Warzone.

New updates have been teased that suggest new perks and items are coming to Cold War Zombies, while Warzone could be getting another map in the months to come.

For Season 1, we’ve already seen the release of Rebirth Island, as well as a ton of new weapons to wield.

And later today, the latest playlist changes will be coming to both games, with more expected soon.

Developers Treyarch has confirmed that playlist patches are being moved from Tuesday to Thursdays, which means all future refreshes should follow the same pattern.

The next Cold War update is being released on Thursday, January 7, and will include a number of playlist tweaks.

Treyarch hasn’t shared if they are adding anything else to the game, or whether, there will be a chunky download to install.

Based on previous patch releases, we would expect some kind of announcement before things go live if anything we going to be included.

A message from Treyarch adds: “These are the new playlists coming to the game for the first time this week. Nuketown 24/7, Face Off, Prop Hunt, and Fireteam: Dirty Bomb are also staying.

“Face Off will still be featured, along with Prop Hunt and Nuketown 24/7. Glad you’re loving it too!”

Meanwhile, while COD Warzone just received a big update connected to several over-powered weapons, a playlist is also being arranged for today.

This will include the return of the Resurgence Game Mode to Rebirth Island, which proved a popular choice with gamers when it first launched back in 2020.

While the Rebirth Island map currently features a mini-royale play-style and a Gulag, Resurgence Mode makes it possible to drop back into the action quicker.

Players can continually drop back into the action for the first half of the game, as long as one of their teammates remains alive.

It makes for a more casual game style and due to the size of the map, allows for quicker matches.

These are the playlist changes coming to Warzone today:

It follows developers Raven Software releasing a new Call of Duty Warzone weapons update this week that makes changes to the DMR-14, Mac-10, Dual pistols and the Type 63.

These have all been classed as over-powered by COD fans over recent weeks and have finally received weapon balance changes today.

It will take a few weeks to work out whether the changes go far enough, and there are already rumblings online among fans that the Call of Duty Warzone DMR nerf isn’t enough.

And from what has been shared, it appears the Warzone DMR nerf has been focused on reducing head damage and increasing recoil. This means that the weapon itself should still be very effective when it comes to fire rate and the distance it can be used to hit people.

The decrease in weapon damage to the head should make it less potent at range, but it sounds like fans want to see more nerfs in the future.

October 1, 2018
To those with long memories, the hype surrounding artificial intelligence is becoming ever more reminiscent of the dot-com boom. Billions of dollars are being invested into...

Israel’s “startup nation” is under threat from the tech giants that...

Diwali images 2019: How to use Diwali WhatsApp stickers

Beats update as Solo3 Wireless headphones get a colourful upgrade

WhatsApp: How to find archived chats on WhatsApp? Where are archived... 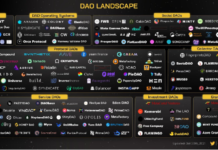 Prominent Values of DAO in WEB3.0 Era，META X DAO May Be...