UPDATE TWO: The new Call of Duty Cold War update scheduled to go live today has yet to arrive and has gone past its originally scheduled 5am BST release time. It’s unclear if gamers will have to wait for an extra 24-hours to play Call of Duty Season 5, which is supposed to launch on August 12.

UPDATE: Today will see the new Call of Duty Cold War Season 5 update launched at 5am BST on Wednesday, August 11. full COD patch notes are also expected to be shared very soon, which will details the various background changes being made.

It should be noted that while you will be able to download the Black Ops Season 5 patch today, the actual event won’t launch until 5am BST on August 12.

ORIGINAL: Activision has a busy schedule this week, with two of its most popular games receiving large expansion across PS4, Xbox One and PC.

Call of Duty Black Ops: Cold War will be the first COD title that will be updated this week for the Season 5 release date.

But while it will be the first game to be patched – with Warzone following 24-hours later – that doesn’t mean it’s getting early access.

Instead, Call of Duty Warzone and Black Ops Cold War have a unified release date for Season 5.

This ensures there won’t be a mad rush to gain access to the new Cold War Season 5 content by updating two massive games simultaneously.

And there’s plenty of reason to expect gamers to flock back to both titles for the start of Season 5.

As mentioned above, Cold War is receiving five new multiplayer maps, some of which will sound very familiar to Black Ops fans.

Echelon will be a 6v6 experience available at the launch of Season 5 and should take a little while to learn.

The others might give COD fans a few more clues on where to go when exploring the different locations, with Slums, Zoo and Drive-In pulled from the first two Black Ops games.

The official description for each map adds:

Slums – Take to the streets and fight through this tight three-lane vintage map, which rounds out the three Multiplayer maps available at Season Five’s launch.

Drive-In – Shortly after the Season Five launch window, get your popcorn ready for the return of Drive-In, a cult classic from the original Black Ops, set in a movie drive-in out in an abandoned midwestern United States ghost town.

Remastered for the first time in honour of its 10-year anniversary as part of the Black Ops Annihilation Map Pack, Drive-In features close-quarters fights and powerful overwatch points, particularly around the big screen of the Galactic Drive-In, where snipers and other long-range weapons can shine.

Zoo – Rounding out Season Five’s trio of classic maps is another post-launch theatre of battle: the intense 6v6 incarnation of Zoo from the original Black Ops, arriving later in the season.

There’s no cage that can hold you as you fight through bear pits and aquariums in Zoo, whose original version was part of Black Ops’ second DLC pack Escalation. Be sure to take a “ride” on the monorail to get an incredible vantage point on the action below, or head to the souvenir shop to dole out plenty of free pain to your enemies.

Publisher Activision has confirmed that the Call of Duty Cold War update time for Season 5 patch has been scheduled for 5am BST, on August 11.

However, while the patch will be available to download on August 10, COD fans will have to wait another 24-hours to have access to the new content.

That means the official release time for Cold War and Warzone Season 5 has been set for 5am BST on Thursday, August 12.

August 30, 2021
Thousands of more consoles will be available to purchase this week from leading UK retailers, with several PS5 restocks predicted between now and September... 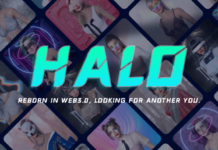 Statue of liberty: a defi project based on DAO and taking...