The imminent update, which will be released in the coming days, includes a selection of free DLC.

Available from the main menu (under Additional Content), the free DLC includes an alternative appearance for Johnny Silverhand.

“Available as a reward or for purchase (depending on choices made by player) after completing Ghost Town and then receiving a message from Dakota or Rogue,” CD Projekt explains.

“If you haven’t received the message, make sure to be in the Badlands area and move further away from Dakota’s workshop. Dakota will also need a couple of days to contact you.”

The update makes a whole host of bug fixes and gameplay tweaks, improving things like the minimap zoom level, adding more autosave slots, and making it possible to upgrade crafting components in bulk.

CD Projekt has also made a selection of console-specific fixes, such as stopping NPCs from speaking after being killed, and eliminating a save corruption glitch.

The full list of Cyberpunk 2077 update 1.3 patch notes can be seen below…

• Improved the minimap’s zoom level when driving, so that it’s more zoomed out and easier to navigate.

• Automatic Love – screen with pictures of Skye and Angel will be displayed substantially longer, making it easier to choose between the two.

• Added a button which allows to reallocate the distribution of Perk points on a character’s skill tree.

• Increased the number of slots for autosaves from 10 to 20 and for quick saves from 3 to 10 across all platforms.

• Fixers will now message V to offer a car for purchase less often.

• Improved the Screen Space Reflections effect so that it looks less grainy on consoles and on lower visual settings qualities on the PC .

• Added a filter for quest items in the Backpack.

• Quest item tags from miscellaneous Job items will now be removed after finishing associated quests, allowing to sell or drop them.

• It is now possible to rotate V in the Inventory with a mouse.

• Players will now properly be able to craft a quickhack even if they once crafted it and then got rid of it.

• Added a comparison tooltip for cyberware.

• Improved a notification when buying cyberware and not meeting the level requirements to equip it.

• Icon on a disposal crate will now turn red when player picks up a body instead of being grayed out.

• Landmine icon will now be grayed out after disarming it.

• It’s now possible to use an elevator while carrying a body.

• Happy Together – Barry now has an updated, more unique appearance.

• Base item will now be highlighted green like other components if it’s present in the Inventory when crafting the same item of a better quality.

• Enemies on Very Hard difficulty (and only that difficulty alone) will now be more aggressive when searching around when they are in the “Alerted” state.

• NCPD will no longer react and turn hostile because of dead bodies in Open World activities.

• NCPD will now also react to hitting NPCs with a non-lethal weapon.

• Adjusted the damaging process when shooting crowd NPCs while in combat depending on distance and the weapon used.

• Play It Safe — improved Oda’s behavior during the fight.

• Cyberpsycho Sighting: Letter of the Law — improved Cyberpsycho’s behaviour during the fight.

• Every Breath You Take — improved Red Menace’s positioning and aim.

• The Rescue — increased the number of ammo at the beginning of the quest.

• Introduced minor tweaks and improved balancing of the Contagion quickhack.

• Improved the Crafting system, so that items with Random quality scale their quality with player’s Crafting skill — it’s not possible anymore to roll a quality exceeding that of the relevant Crafting skill.

• Added crafting specs for knives (available from the start of the game).

• Updated the number of components required to craft some items, e.g. Bounce Back, MaxDoc, quickhacks, clothing mods and some weapons.

• Balancing the number of components required to craft clothing.

• Balancing the number of components required to craft Sandevistan Fragments.

• Optical Camo cyberware will now be available for purchase from Ripperdocs.

• Rare Unity crafting spec will now be obtainable only during Suspected Organized Crime Activity: Tygers by the Tail.

• Changed the price and quality of Kerry’s guitar that can be obtained during Gig: Psychofan.

• Fixed an issue where crafting specs from clothing stores were available only during the first visit to a vendor.

• Fixed an issue which occurred after visiting the Nomad Camp, resulting in being unable to use weapons and quick menu items.

• Fixed an issue where hacking a neutral target wasn’t counted towards the Christmas Tree Attack achievement.

• Tutorial windows about skill checks will no longer pop up when the “Unauthorized” prompt is displayed on devices.

• V will no longer look down after using fast travel.

• Fixed an issue allowing multiple debrief holocalls from fixers to play at once, which could lead to blocked completion of various gigs (like Gig: A Lack of Empathy, Gig: Fixer, Merc, Soldier, Spy and others). We continue working on visual issues related to gigs stuck in the Journal, note that the latter don’t prevent district achievements from unlocking.

• Removed redundant loot from the body in the ferris wheel.

• Fixed an issue where Quadra Type-66 could be destroyed before buying it, blocking the progression of its “Buy Vehicle” quest and possibly the completion of the Autojock achievement.

• Fixed an issue in a shootout in Wellsprings where enemies were immortal because the trigger area was too small.

• Inner Dead Zone setting will now be applicable also to the game menus.

• [PlayStation] NPCs will no longer speak after being killed.

• Overwriting a save game when there’s insufficient memory space will no longer corrupt the save.

• Masks and tubes inside the barn in The Hunt will no longer be invisible.

• Rogue will no longer clip through Johnny and will hold the glass correctly in Ghost Town.

• Fixed an issue in The Rescue where loading a save in front of the police blockade resulted in the NCPD officer not starting dialogue, blocking progress.

• Fixed an issue on PS4 where the meeting scene with Judy and Dolls in Pisces wouldn’t start properly.

• [Xbox] Fixed an issue in A Cool Metal Fire where a part of the scene in Cassius Ryder’s clinic could be cut off after the fade out.

• Fixed an issue where weapons were equipped to a wrong slot when assigning them from the Backpack. 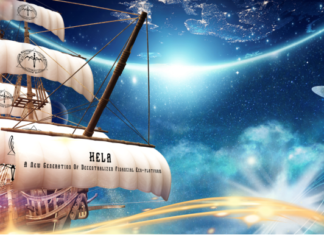 May 23, 2022
God created the Garden of Eden and blockchain has built the metaverse, both of which are the paradise for human beings. The difference is...

How Those Huge Cameos Made It Into the Film

New in crypto investment? Let’s get started with Bit.Store where it... 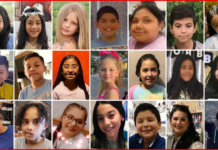 Endless Mass Shooting in the United States Tells the Failure of...