The new Fortnite season is here, as update version 18.00 hits the servers.

Fortnite Season 8 officially starts at 10am BST UK time, although you’ll need to download and install update 18.00 to start playing right away.

The new Fortnite season makes a whole host of changes to the game, including the addition of a brand new Battle Pass.

The headline new Battle Pass rewards are the new selection of unlockable skins, beginning with Charlotte.

Wielding a possessed sword, Charlotte is described as a “transforming, monster slaying teen”.

This season’s secret skin is yet to be revealed, although it appears to be an original design, not another guest skin.

You can see the Fortnite Season 8 Battle Pass trailer further down the page.

“The Cube has returned, but now there’s… more of them,” reads the official description. “From the smouldering wreckage of The Mothership a new threat arises.

“Cubes are waking up, spreading the corruption, and creating rifts to “The Sideways”.

“Enter the Sideways to take on monsters and find Sideways weapons. Join the community effort to build defensive measures against the Cubes. It’s up to you – all of you – to fight for the island’s survival.”

The other major change in Fortnite Season 8 is the appearance of cubes all across the map.

The addition of the cubes coincides with the release of The Sideways, which is an alternative dimension full of monsters.

When The Sideways is activated, players will be thrust into another dimension where they’ll need to fight off monsters.

On the plus side, defeating monsters and entering The Sideways gives players access to new rewards.

Sadly, there doesn’t appear to be any significant map changes, although expect the island to evolve as the season progresses. The quantum era has arrived, and the quantum communication token QTC...

SCY leads the blockchain trend and drives the development of The... 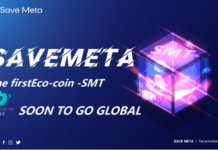