In this wave of metaverse boom，DeFi, TradFi, Web3, L1 and L2, GameFi and other words are out of the circle, and the most prominent non-GameFi track is none other than Axie Infinity, Decentraland, The Sandbox, CryptoMines, Mobox, Bomb Crypto, BinaryX and MetaverseMiner and other projects.The blockchain industry has evolved so far, and people have come to their senses. It turns out that the avant-garde sci-fi scenes in “Ready Player One”, “The Matrix” and “Out of Control” are not fantasy, and the encrypted world is their ultimate choice.From NVIDIA’s announcement to build a simulation and collaboration platform for the Metaverse, to the Japanese social platform GREE’s launch of the Metaverse business, from Microsoft’s efforts to create an “enterprise Metaverse” to Facebook’s renaming of Meta, “Metaverse” has become a well-deserved industry hit.It can be considered that, with the support of the Web3 backend, the Metaverse has the infrastructure to meet the current needs. Under the “inspiration” of GameFi, a large number of loyal users have been attracted to the Metaverse, and the Metaverse is no longer a utopia.

So, with the development of Metaverse and GameFi, is it time to squeeze the bubble? What challenges and opportunities are BSC, the most popular GameFi infrastructure, facing? Are there any potential stocks to be tapped in the entire track?

Among all the concepts related to the crypto industry, such as DeFi, TradFi, Web3, L1 and L2, GameFi, encrypted art, metaverse, etc., metaverse and GameFi have a natural affinity.

It is mainly manifested in four aspects:

First of all, a large number of sci-fi scenes in the metaverse naturally fit with the game scenes in GameFi, which is impossible or difficult for DeFi, TradFi, and encrypted art;

Secondly, the complex economic system in GameFi completely simulates the operation mode of the real world. For example, in the dual currency system of Axie Infinity, AXS is equivalent to real-world stocks, and SLP is equivalent to legal currency.

Then, corresponding to the real world, Metaverse solves the problems of privacy, data permanence, intellectual property rights, etc. Metaverse and games, P2E-type GameFi solves the problem of financialization of the metaverse world and the problem of transforming productivity into production relations, The two complement each other. For example, in March this year, the sandbox game platform Roblox was the first company to write the concept of the metaverse into its prospectus and successfully landed on the New York Stock Exchange. Its definition of the metaverse fully reflects the integration of the real world and the virtual world.

Finally, from a deep level, the metaverse originated in the game industry, but will surely expand beyond games to a wider space. On the one hand, the metaverse infrastructure and architecture built around games are maturing, and on the other hand, the boundaries between games and reality begin to blur and dissolve. The Metaverse is forming its unique structure, and according to the founder of Beamable, there are 7 aspects: experience, discovery, creator economy, spatial computing, decentralization, human-computer interaction, infrastructure. Under the global COVID-19 epidemic, virtual space activities such as virtual concerts, online conferences, and education continue to emerge. People can switch identities at any time, shuttle between the real and virtual worlds, work, study, socialize, and travel.

Review the outbreak of the Metaverse. Since Zuckerberg announced the renaming of Facebook to Meta at the end of October this year, the concept of the metaverse has set off waves of attention. “related.

Real estate transactions in the Metaverse can be described as dazzling.

In November, Zheng Zhigang, a Hong Kong real estate tycoon and CEO of New World Development Group, recently publicly stated that he invested in a virtual world game “The Sandbox” with a metaverse concept, and spent 32 million yuan to purchase the virtual figures in the game. plot.

At the same time, Chinese music singer Lin Junjie also posted on social media not long ago that he purchased three virtual lands on the virtual world platform – Decentraland, namely Prime Gallery 1, Prime Gallery 2 and NEAREST to GENESIS PLAZA. Each piece of land is priced at 6,000 MANA (Decentraland’s cryptocurrency), or about $30,000. Relevant statistics show that during the seven-day period from November 22 to 28, the total transaction volume of the four major Metaverse real estate exchanges was close to $106 million.

So, what is the current stage of development of the Metaverse? Which metaverses and GameFi in the ecosystem are worthy of attention?

Without a doubt, BSC is the biggest winner in this round of GameFi craze.

According to the latest statistics from the playtoearn website, 20 of the top 50 most active GameFis run on BSC, accounting for 40% of the total, and the remaining 30 GameFis are distributed in Ethereum, Flow, Tron, Solana, Avalanche and other infrastructure. Games such as Wizardium, Fortified, and Universe Island on BSC are still very popular.

The reason why BSC outperforms other public chains on the GameFi track is mainly due to three reasons.

The first is that BSC fees are lower.

Although Ethereum ranks first in the TVL of the public chain, due to its low transaction speed, the problem of high gas fees has become an obstacle for ordinary users to enter the blockchain world. And BSC relies on almost Ethereum 6

195 game projects have been deployed on BSC; according to Dappradar statistics, among the top 10 games, BSC occupies 4 places.

In general, compared with Ethereum, BSC has higher transaction efficiency, lower gas fees, and is also compatible with the Ethereum virtual machine EVM, which allows Ethereum developers to migrate to BSC at low cost, attracting more Many small and scattered users have entered the world of blockchain. Throughout the entire ecosystem of BSC, from resources to infrastructure, it is more friendly to the development of game projects.

Secondly, with incentives such as incubation funds and hackathon competitions, BSC’s GameFi has achieved tremendous development．

In order to stimulate the development of the entire NFT ecosystem, BSC officials also launched the Most Valuable Builder Program “MVB II”, and selected projects can receive 10,000 US dollars of seed funding, comprehensive audit fee support and other incubation opportunities.

In July this year, BSC announced the list of winners, including the currently popular chain game projects, such as CryptoBlades, MyDeFiPet, MOBOX, X World Games, etc. In the next MVB III plan, it will be directly positioned as GameFi. I believe that BSC can detonate the GameFi field again.

BSC regularly holds hackathons around the world, and also launches Learn & Earn activities. Currently, out of the 9 projects in the 2 phases of Learn & Earn held, 4 projects involve games or NFTs, including CryptoBlades, which skyrocketed in July. By rewarding unique NFTs and bonuses to encourage users to participate in outstanding projects, BSC is simply fertile ground for GameFi’s growth.

However, prosperity must decline is the law of development of anything.

After Ceyptomines, Bnbheroes and other chain games crashed, the BSC chain game entered the stage of reshuffle. This paved the way for the development of emerging projects. The most noteworthy of these is none other than Gamejiwe.

3.Will Gamejiwe be a new hot spot?

The establishment of Gamejiwe will be a milestone, and the launch of the Genesis Mother Box series of NFT cards. Players only need to log in to the official website of the Gamejiwe platform through the wallet DAPP to see the “Creation Mother Box” activity at the top of the webpage, without KYC verification, which not only allows users to experience the charm of decentralized transactions, but also get the mother box rewards! The Genesis NFT master box is limited to 5,000 pieces, and will not be issued in any form later. The mother box is designed with four different attribute cards, which are bronze, silver, gold and diamond in ascending order of rarity.

stone card. The sale process is divided into three cycles. At the same time, in order to prevent the malicious hoarding of rare cards, the system will hide the card attributes before purchasing, and the attributes will be revealed after the transaction is completed. Since the total number of master boxes is only 6,000, holders of these NFT master boxes will receive the highest market benefits such as airdrops and platform dividends for various subsequent NFT works. Therefore, this is far from meeting the collection needs of giant whales, and will greatly increase the value of the mother box.

In the Gamejiwe ecosystem, jiwe in the token economy is a native encrypted digital token issued by the Gamejiwe platform, generated based on the BSC chain, and used as the only basic digital currency in the entire ecosystem for settlement, trading, pledge mining and smart contracts Use of performance. 1 billion pieces are constantly issued in the world and will never be issued. The role of the JIWE token is very crucial. It can be used as both the governance token of the Gamejiwe metaverse and the governance token in all Gamejiwe games. With the popularity of users and the development of ecology, The value of JIWE will continue to be pulled up.

Gamejiwe aims to start with high quality legacy game porting and drive its growth in a LEGO-like fashion, modular component technology will gradually become accessible to explore NFTs with the community, players and developers

unlimited application scenarios. In the spirit of co-creation and sharing, create a high degree of freedom NFT asset, so that each game has a unique value, allowing players to enjoy it.

According to the official disclosure, Gamejiwe mainly has three business sectors: providing a simple and fast Dapp publishing platform for game developers; providing services such as R&D, sales, trading, circulation, online competition, and peripherals for traditional games on the chain; Focus on the construction of future virtualized online social, interaction, communication, battle, training, role-playing and trading scenarios, namely the Metaverse.

In addition, Gamejiwe will complete the access to no less than 10 chain game projects by the fourth quarter of 2022. Fueled by the metaverse and GameFi craze, the blockchain world is going through a paradigm shift, and will experience highs and lows, but with projects such as Gamejiwe, the metaverse is bound to bloom. 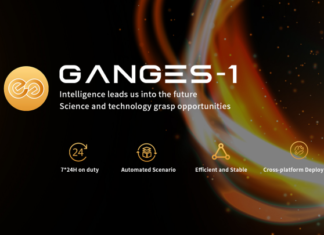 February 1, 2022
As the rapid development of global digital assets, people are more aware of investment. In the traditional investment exchange market, the in-person transaction is...