Even without a slew of fun surprises, the new Ryan Reynolds movie Free Guy probably would’ve been a hit. The story of a video game character who becomes self-aware and has to save his world is one of those perfect, marketable ideas, Hollywood loves. And, of course, a movie set in a video game world is going to have plenty of Easter eggs. But in Free Guy, there are a few toward the end of the film that really get audiences cheering, and how it happened is both serendipitous, and not that surprising.

So at the end of Free Guy, Guy (Reynolds) has to face off with an enhanced version of himself (called Dude, a fact which was in some of the marketing), and it turns out to be a fairly epic battle. Guy ends up winning with the help of some toys that became available thanks to the film’s new home.

Quick rewind. If you remember, Free Guy was originally set up at Fox, which was then purchased by Disney. Disney then chose which Fox films it wanted to make (including Free Guy) and others they didn’t (like Mouse Guard). Which is when director Shawn Levy had an idea.

We’re going to talk about some of the big surprises at the end of Free Guy here—so if you don’t want to be spoiled, please stop reading now

“The merger allowed us to open our minds in the following way,” Levy told the Hollywood Reporter. “We were like, ‘OK, the third-act battle royale, Guy has leveled up substantially. So he knows the rules of his game world and he has access to any weaponry and object he could dream of.’ It turned out that our new owners at Disney own some of the most iconic weaponry ever made by humans. So we literally wrote a letter: ‘Dear Sir and Madams, Would you give us the privilege of using this or this or this?’ And these were iconic objects from iconic franchises. So Disney wrote back and said, ‘Yes.’ And I remember we were like, ‘OK, yes to which of those items?’ And they go, ‘Oh, all of them. You can have all of them.’”

He’s talking, of course (last chance for spoilers) about how Guy pulls out Captain America’s shield (complete with spit take from Chris Evans himself) and uses Hulk’s green fist, both while Alan Silvestri’s theme to The Avengers plays. That’s then followed by Guy pulling out a lightsaber while John Williams’ Star Wars music plays. Dude doesn’t stand a chance against the power of Disney’s intellectual property from Marvel and Lucasfilm.

“The merger gave us an opportunity to literally exploit $40 billion of IP in about 17 seconds, and I can’t imagine Disney would’ve said yes if they didn’t own the studio that was making the movie,” Levy said.

Free Guy is now in theaters.

Wondering where our RSS feed went? You can pick the new up one here. 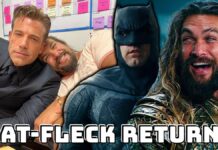 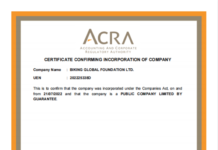