This article contains affiliate links, we may receive a commission on any sales we generate from it. Learn more

Summing up the new 12.9-inch iPad Pro in eight words, we’d have to settle on: quite simply, the most incredible tablet ever built.

The iPad Pro (2021) arrives with the same amount of processing grunt as the latest iMac, Mac mini, and recent MacBook models. Despite that almighty oomph under the bonnet, this tablet keeps the same svelte 6.4mm (0.25-inch) case – that’s especially impressive as Apple still finds room for an edge-to-edge 12.9-inch screen and three distinct camera sensors. The latest iPad Pro also packs blisteringly-fast 5G downloads (perfect when you’re away from a Wi-Fi connection), an improved mini-LED touchscreen, and up to 2TB of speedy storage. There’s no doubt, this tablet truly earns its “Pro” moniker.

What We Didn’t Love

In fact, everything that we moaned about in our iPad Pro (2020) review has been fixed with this latest iteration. As such, it’s pretty hard to find fault in this flagship tablet.

Face ID still unlocks in seconds – no matter what orientation you’re holding the iPad – and makes logging into secure apps, buying apps and renting movies a breeze. Centre Stage, which uses AI to intelligently pan and zoom to keep people in-frame during video calls, works like a dream and colleagues, friends and family will mistakenly believe that you have employed your own Spielberg to follow you around the room during FaceTime calls. Apple Pencil remains one of the best tools for handwritten notes, signing important PDFs on the move, editing photos, and creating digital artwork with the iPad Pro. And lastly, Apple has even introduced a new Magic Keyboard that – while ludicrously expensive – transforms the iPad Pro into a bonafide laptop replacement that works well on a desk and, well, your lap.

iPad Pro 12.9-inch is a phenomenal piece of kit that will cruise through the latest iPadOS updates for years to come, unlock new levels of productivity and creativity at-home and on the road.

The only snag? The rest of the iPad lineup in the Apple Store.

It might sound silly, but Apple offers a pretty packed lineup of iPads at the moment with fast processors, solid battery life, and great cameras. All of these tablets are powered by the same excellent iPadOS features too. iPad Pro 12.9-inch is a very expensive tablet, starting from £999 but maxing out at an eye-watering £2,149. And that’s before you buy an Apple Pencil (£119) and Magic Keyboard (£329). In total, your online shopping basket could top out at £2,597. Yikes.

The new iPad Air arrives with a gorgeous all-screen design that’s very similar to the iPad Pro, albeit with a splash of colour. It also packs the same laptop-class M1 chipset under the bonnet, support for the second-generation Apple Pencil, and access to all of the same iPad apps. And for those who want a bargain, the entry-level iPad now boasts Center Stage for improved video calls and support for Apple-designed keyboard cases to answer emails and edit documents when travelling. We’re not saying either of these models is better than iPad Pro 12.9-inch, but we’re stressing the need to really make sure you need the mini-LED display, NASA-developed LiDAR depth-sensor, and other Pro-specific features before spending a four-figure sum on the latest tablet from Apple.

But if you have that kind of space on your credit card, rely on an iPad for work, or want the ultimate tablet produced by Cupertino …what are you waiting for? We promise that iPad Pro 12.9-inch will not disappoint.

Apple is back with a brand-new iPad Pro and this latest tablet truly is as powerful as a fully-fledged laptop. That’s because the new iPad is powered by the custom-designed M1 processor – the very same silicon brain found inside the MacBook Pro, MacBook Air, Mac mini, and all-new iMac.

Unsurprisingly, these MacBook brains ensure the new iPad Pro is supremely quick – not that it was exactly a slouch when powered by last year’s A12Z Bionic chip – but is it really time to ditch all of your other devices and go all-in on iPad? Express.co.uk has been trying out the new iPad Pro ahead of its launch.

Here’s what we think of Apple’s most powerful tablet to date.

When you unwrap this latest and greatest 12.9-inch iPad and lift it out of the box the first thing you’ll notice is that the design hasn’t changed one bit. That’s no bad thing as this tablet still looks stunning with its premium aluminium case and edge-to-edge display continue to make this the best looking iPad on the market.

So, if the look hasn’t been updated, what is new? All of the major changes with this new iPad Pro become apparent as soon as you hit the power button and boot-up this new tablet. Perhaps the biggest upgrade is that Apple-designed M1 chip.

This processor was announced last year and is already tucked inside the latest MacBook Pro and MacBook Air. It’s even powering the newly launched iMac and, as you can read in our review, it’s made that desktop PC more responsive and faster than ever.

Let’s Talk About The M1

With that new M1 processor inside the iPad Pro, you’ll really struggle to find anything this device can’t cope with. We’ve been running everything from Photoshop, to memory-guzzling games, multiple apps side-by-side, and more, with the new Pro taking it all in its stride.

If you want some geeky stats, the new Pro is actually around 50 percent faster than its predecessor, which is a massive gain considering just how quick the 2020 iPad Pro felt (and continues to feel!). If you’re truly a “pro” user, this extra oomph will be a very welcome addition as the iPad will breeze through tasks like a burning hot knife through butter.

But while it feels counterintuitive to moan about having so much grunt at our fingertips, we do wonder whether the average iPad Pro owner will ever really take advantage of that immense engine. Still, while you might not truly feel the benefit of the M1 when watching Netflix, replying to emails, and shopping from the sofa …if nothing else, the powerful M1 should mean this iPad Pro continues to get the latest software update for years to come.

The new iPad looks the same but is packed with extra features (Image: EXPRESS NEWSPAPERS)

The 12.9-inch iPad Pro also benefits from an improved screen, that Apple is calling its “Liquid Retina XDR Display” (for reference, the 11-inch sticks with last year’s screen).

Now, when you first switch things on you might not really notice that much of a difference between old and new – as the previous iPad Pro still looks truly great. However, find some HDR 4K content and you’re suddenly struck by how much better this updated screen is over last year’s standard Liquid Retina model.

Colours look far richer on this mini-LED panel and blacks get more punch. It’s also brighter than before, which is a bonus for anyone using their iPad Pro in the great outdoors.

And that screen isn’t the only bonus. If you love taking your iPad on the road as it also now features 5G network technology. That means you can pop a 5G SIM inside and unlock speeds of over 300Mbps. That’s around four times faster than the average home broadband speed in the UK, so should be more than enough to collaborate on documents, join videoconferences, and more from the road.

Of course, buying the cellular model does cost £150 more, but having 5G in an iPad makes a lot of sense and we can see this becoming a hugely popular addition as this next-generation mobile signal improves across the UK.

The Magic Keyboard is available in white (Image: EXPRESS NEWSPAPERS)

If you do opt for the more expensive model, you’ll get that clever eSIM inside which allows you to instantly connect to networks across the world without having to buy a local SIM card.

The next upgrade that’s definitely worth mentioning is the new Ultra-Wide front-facing camera, which now gets a clever feature called Center Stage. This option allows the camera to track your movements when making video calls so, as you move around the room, you’re always in the shot.

It even knows when someone else walks in and joins the conversation – the camera will instantly switch to a wider angle to ensure everyone is seen. It’s a really clever system and we wonder how long before more of Apple’s products get a similar technology.

It’s worth noting that the rear dual-lens camera set-up with clever LiDAR sensor has stayed the same as last year’s iPad Pro. Although images are improved slightly, thanks to some clever AI. This becomes more apparent when shooting images at night with the new Pro handling low-light shots far better than before.

If it’s battery life that concerns you, there is good and bad news. Unlike the new MacBooks, which saw a huge battery boost when Apple fitted the new M1 chipset, things have stayed pretty much the same on the new iPad. While the MacBook Air and MacBook Pro now have industry-leading battery life, the iPad Pro has the same 10-hours on a single charge as last year. It’s still amazing and will easily last a long-haul flight – when we all get flying again – but don’t expect to head away for the weekend without a USB-C charger in your bag.

Other upgrades worth a mention include much faster data transfer speeds thanks to a Thunderbolt 3 USB-C port and, if money is no option, you can now add a whopping 2TB of in-built storage – although that model will cost you £2,149 when you include 5G too. Ouch!

For those who want a more laptop-style experience, the iPad Pro continues to be compatible with numerous keyboard options, including Apple’s Magic Keyboard. Some reports had suggested last year’s Magic Keyboard wouldn’t work with the new 2021 Pro, but in our test that doesn’t seem to be the case.

If you do fancy buying one of these typing accessories it’s worth noting that the Magic Keyboard now comes in white and looks very smart.

Along with all of those new features you still get fast unlocking via Face ID, full compatibility with the new Apple Pencil, four amazing speakers and studio-quality microphones. So, that’s all the best bits about the latest iPad Pro model, but is there anything not to like?

Our main problem is that, while it’s an incredible feat that Apple is using the same powerful chip in the iPad as it uses to fuel the MacBook Pro and iMac, some may find there’s little point to all that power in a tablet.

Apple is pretty clear this new iPad Pro 12.9-inch isn’t designed to replace a laptop and we’d agree with that, even with the M1 inside, there’s still plenty this tablet cannot do that a MacBook Air lets you do. Running more than two apps side-by-side would be a cinch for the powerful M1 …but iPadOS doesn’t let you do that, for example.

iPadOS software has come a long way in recent years, but there’s no hiding from the fact that this new device is still just a tablet. And if you want to get some real work done… you’re going to want an M1-powered computer on your desk as well.

That said, if you’re looking to buy a new tablet and really want the best of the best, you’re not going to find anything as good as the new iPad Pro. For everyone who wants a tablet to do basic “tablet stuff”, don’t forget that Apple recently brought some of our favourite parts of the iPad Pro design – such as the edge-to-edge screen – to the new iPad Air last year, and starting from £579, that’s a pretty phenomenal deal. 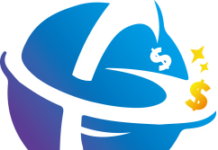 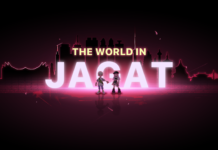 Indonesian Metaverse Project “JAGAT” to be launched during G20 Summit