Zoom became a household name overnight as the global pandemic forced millions to work and socialise from home virtually overnight. Zoom allows users to make calls to friends, family and co-workers for free, although there is a time limit for free account.

But now its massive popularity has hit a pretty major snag.

The US-based company has been hit by a class action lawsuit that could put a colossal dent in its pandemic profits. A group of customers took Zoom to court over claims it shared its users’ personal data and lied about offering end-to-end encryption.

As a result of a settlement reached in a Californian court this weekend, Zoom could now have to shell out as much as $85 million (£61m) in compensation and legal fees. Zoom subscribers included in the class action may now get a payout.

Unfortunately, with these types of class-action court cases, the result only applies to residents in the United States.

Even if you are included, it won’t be enough to pack in the day job. If the settlement is confirmed, subscribers can expect a 15percent refund on their subscription or $25 (£18), whichever is larger. All other users could get roughly $15 (£11). But the real winners are the plaintiffs’ lawyers, who are demanding a whopping $21.25 million in legal fees. Ouch.

At the heart of the lawsuit are claims Zoom shared personal data with Facebook, Google, and LinkedIn, breaching users’ privacy. When users logged on using Facebook, Zoom would notify the social network and share information to help it target ads. As of April last year, this is no longer happening.

READ MORE: Millions still in the dark about deadline to stop NHS sharing YOUR health records

The company has agreed to further beef up its security as a result of the lawsuit. Users will be notified when hosts use third-party apps in meetings, and all its employees will get extra training on privacy issues.

October 26, 2021
UNITED ARAB EMIRATES, DUBAI – In October, scores of investors from the financial and crypto industries flocked to Dubai, the global capital of digital assets....

Neither POS nor POW: Green Power Network Handles Mining Unlike Any... 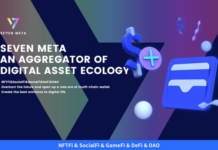