Streaming platforms, including Netflix, Disney+ and Amazon Prime Video, could be held to tougher rules on misinformation and other harmful content. The Department for Digital, Culture, Media and Sport (DCMS) has kickstarted a consultation to investigate how content standards for video on-demand and streaming services can be aligned with traditional terrestrial broadcasters, like the BBC, ITV and Sky.

While shows broadcast on BBC are subject to Ofcom’s Broadcasting Code, the same standards do not apply to streaming services like Netflix, Apple TV+, Prime Video and Disney+. The Broadcasting Code sets out expectations around offensive material, accuracy, fairness and privacy.

The consultation comes as new data from Ofcom shows a huge growth in popularity of on-demand services nationwide. The number of households that subscribe to at least one streaming service rose by almost 350 percent between 2014 and 2020. In 2021, 75 percent of all UK households say they have watched a subscription streaming service.

According to DCMS, standards vary wildly between streaming services. In an initial report, the Government department welcomes the fact that some streaming platforms have introduced their own procedures, including PIN codes and content warnings to shield younger viewers from harmful content. However, the Government department warns that “the extent of these measures varies across services”.

One example of this inconsistency is age ratings, which DCMS has branded as “inconsistent and sometimes non-existent” between rival streaming platforms, which are predominantly designed and built by US companies.

The consultation could mean that “audiences – particularly children – receive a consistent level of protection on video-on-demand services”, DCMS said. Regardless of whether you’re watching a show on BBC iPlayer, Prime Video, or Disney+, you can be confident that there is the same editorial standard and protections applied.

DCMS has highlighted concerns around “minimal” regulation in content. As it stands, there are no rules to protect audiences from content such as misleading health advice or pseudoscience documentaries.

It’s unclear whether YouTube, which commissions and broadcasts its own shows and movies alongside user-uploaded clips, will be subject to Ofcom’s Broadcasting Code too. While it isn’t always considered in the same category as the likes of Netflix and Amazon Prime, its content does share many of the same pitfalls – inconsistent age ratings, little regulation around pseudoscience and false claims, and more.

“Not all video on-demand providers deliver a TV-like experience, so any regulatory change will need to be proportionate, particularly for smaller or niche services, to ensure essential protections like freedom of speech are not affected,” the DCMS adds, suggesting that YouTube might fall outside of the parameters on this initial consultation.

Speaking about the consultation, Culture Secretary Oliver Dowden said: “We want to give UK audiences peace of mind that however they watch TV in the digital age, the shows they enjoy are held to the same high standards that British broadcasting is world-renowned for.”

He added: “It is right that now we have left the EU, we look at introducing proportionate new rules so that UK audiences are protected from harm.”

The consultation is open for eight weeks. It will close October 26 at 23:45. 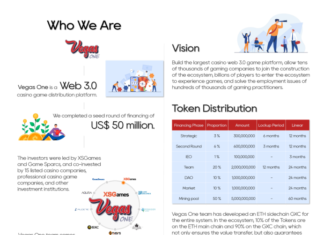 META X DAO Tapping into the Future of Digital Economy, 2022... 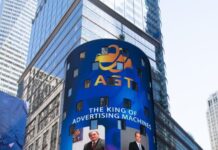 AGT is about to go public in the United States, and... 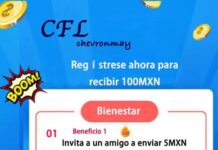 Mac foundation raised US $15 million for the release of [Magic...