Bose has finally revealed its successor to the QuietComfort 35 II noise-cancelling headphones, which launched back in 2017. While many believed the Bose Series 700 headphones, released in 2019, would succeed the QuietComfort range with the focus on all-new futuristic design, improved noise-cancellation and touch-sensitive cups …that’s clearly not the case. The hugely-popular QuietComfort series now has a brand-new entry with some very exciting upgrades.

Bose says its new QuietComfort 45 (QC 45) enjoy dramatically improved noise-cancellation to eliminate the rattle of train tracks, the drone of plane engines, or the squeaky rollers inside the office printer behind your desk. For our money, Bose already had some of the best noise-cancellation on the market, so it will be exciting to see how much background noise these new cans are able to snuff out.

If the noise-cancellation is a little too isolating, there’s a new AWARE Mode. With this feature, which isn’t available on the QuietComfort 35 II, you’ll be able to let noises from the outside world temporarily cut through to your ears – so you can listen to a tannoy announcement at the train station, for example.

If you want to keep your shiny new headphones on when answering a phone call from the paired device, Bose says the new voice isolation should improve the call quality. Not only that, but the QC 45s share their noise cancellation on the call too. Using a beam-form array to pick-out your voice, Bose uses a “rejection array” to dampen audible distractions in the background — like a coffee grinder or barking dog — from being transmitted down the line.

In other words, these could be your best option when answering Microsoft Teams and Zoom calls from the home office.

And finally, the QuietComfort 45s ship with a 24-hour battery life on a single charge. That’s hugely impressive as it means you’ll be able to listen to music, watch movies, and binge podcasts for the duration of even the longest flights on our planet. According to Bose, the QC 45s should be able to withstand around 20 back-to-back conference calls before you need to reach for the charging cable.

Another welcome improvement – Bose has ditched the micro USB port found on the QC 35IIs in favour of USB-C. While USB-C wasn’t quite as ubiquitous in 2017 when its predecessors launched, it’s a relief that Bose has finally embraced this industry-wide standard. It means you’ll be able to travel with a single charging cable for your MacBook Air, Nintendo Switch, iPad Pro, Bose QuietComfort 45s, and Android smartphone.

Charging from flat to 100 percent takes two and a half hours, however, if you’re in a hurry 15 minutes plugged into the wall gives you three hours of playback.

In total, there are four buttons on the right earcup: volume up, volume down, power, and Bluetooth pairing, and one for the most common tasks — to answer and end calls, play and pause music. There’s another button on the left earcup to toggle between Modes and to mute the mic during calls. More settings can be found inside the Bose Music app, and those with a Bose soundbar will be able to pair with the telly to watch a movie late at night without waking anyone else at home.

Bose QuietComfort 45 headphones will be available from September 30 in the UK for £319.95. Pre-orders begin today at Bose.co.uk and select resellers.

November 4, 2021
CoinTiger’s 4th Year Anniversary Fiesta is approaching fast! Join us and celebrate together! We have upgraded the mystery box and the rewards are bigger...

All Gmail users MUST know these 5 things before sending another... 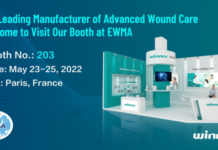 Deesse raises $2 million in seed round funding for enjoy-to-earn NFT...

The Arrival of Internet Web3.0 and SEOR as a middleware