The PlayStation 5 console is back in stock at Currys, but only for VIP customers.

Customers who signed up for the PlayStation 5 VIP scheme are urged to check their emails for confirmation.

Fans have until July 13 to redeem the code in store, where they can purchase the PS5 in person.

The news was revealed by the PS5 UK Stock Twitter, alongside a competition to win a code for yourself.

“If you have a spare code you don’t need, consider sending us a DM so we can throw into a giveaway for the community.”

In a follow-up tweet, PS5 UK Stock revealed plans to give away 15 codes as part of a competition.

As you can see from the tweet below, it’s a simple matter of following the account, liking and retweeting the competition tweet, and tagging a friend.

You can see the full details of the PS5 UK Stock Currys VIP competition below.

If you want to get a PS5 VIP Pass, then you’ll need to visit the Currys website and sign up for a chance to buy a PS5.

While sign-ups are currently closed, there’s a chance they’ll re-open in the future, so keep an eye on the PS5 hub at Currys.

Outside of Currys, it’s worth bookmarking some of the more popular stock checker accounts for even more alerts and information.

This includes Digital Foundry Deals, Stock Informer, PS5 UK Stock – Instant Updates, PS5 UK Stock and Express Gaming – the latter of which will have live updates throughout the week.

Some of the accounts mentioned above have Discord groups for PS5 customers, while some have live streams and alerts on sites like YouTube.

Speaking of the PS5, Sony is getting ready to hold a new State of Play event for upcoming games.

The July State of Play will primarily focus on upcoming PS5 exclusive Deathloop, where nine minutes of new gameplay will be revealed.

In addition to Deathloop. the 30 minute show will feature a look at upcoming indie games and third-party releases.

Unfortunately, however, Sony has told fans not to expect any updates on God of War, Horizon Forbidden West and PSVR 2.

September 15, 2021
The Macao International Brand Exchange is licensed by the Macao government. Besides being a market maker for tangible assets like traditional centralized exchanges, it...

Ninacloak Launches Its New Collection Of Fashion Tops And Sweaters

High barriers to buying Bitcoin? Maybe you should try Bit.Store 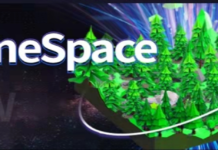