Thousands of more consoles will be available to purchase this week from leading UK retailers, with several PS5 restocks predicted between now and September 7.

Leading the way is Amazon, which is expected to offer several next-gen consoles in the next 48-hours.

It should be noted that this information remains a prediction, for now, meaning that there could be delays to the dates shared so far.

But from what we know about this week, the next PS5 stock update will happen between August 31 and September 1.

This means that Amazon customers should have all their information up to date by Tuesday.

A number of other retailers are expected to offer PlayStation restocks this week, including John Lewis.

John Lewis is not expected to have as many consoles to sell as Amazon and GAME, and is expected to restock later in the week.

Gamers have been warned to expect the new stock to drop in the UK during the morning, starting from 8am BST.

A number of small retailers are also expected to drop consoles this week, with PS5 Stock UK offering these predictions on Twitter:

PS5 Stock UK has also warned gamers that while more consoles will be arriving from other retailers not listed, there could be more demand, telling gamers this week:

“We expect demand to rise drastically after September due to students returning to education and employees returning back to work (those who are on holiday).

“Therefore, we highly recommend our Discord server (link in the main tweet) as it’s automated compared to Twitter (manual).”

GAME is another retailer that has been linked to a PS5 restock in September but is likely happening around September 9.

There is a good chance that GAME will drop more consoles this month but the current date remains a prediction for now.

Demand remains very high for PS5 consoles in 2021, with retailers unable to keep up with demand.

Next-gen stock usually sells out within hours of being released, leaving many still waiting to buy one.

So far, the company has confirmed selling 10 million units globally, hitting the milestone on July 18.

Knowing when a PS5 restock is happening can be vital, but it’s also worth knowing how each retailer handles its shipments.

And here are a few examples of how best to try and buy a PlayStation 5 console from leading UK retailers:

ARGOS: The Argos website is notorious for crashing and being unable to complete purchases when site traffic is high. Stock trackers suggest using the mobile Argos app and keeping an eye on local store listings.

GAME: GAME is a UK retailer that offers the most regular stock updates for PS5 consoles. However, console hunters have been warned to use Guest Checkout, as this option is less likely to crash when completing a purchase. The next PS5 stock is expected in September.

AMAZON UK: Amazon UK runs better under strain but still comes with a few kinks worth mentioning. Having an account set up with your card details is a good start, and gamers should also try adding a console to their wishlist before checking out. More stock is expected at the end of August 2021.

November 13, 2021
Recently, the Hoo exchange has once again aroused the attention of the community, especially in the GameFi sector, where multiple tokens have launched and...

Fire TV users can enjoy a feature that launched in the... 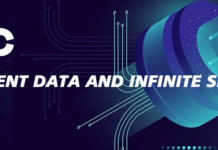