UNITED ARAB EMIRATES, DUBAI – In October, scores of investors from the financial and crypto industries flocked to Dubai, the global capital of digital assets. Most of them flew to UAE to attend important summits, including the World Blockchain Summit, GITEX, Alternative Investment Management (AIM) Summit, among others. To celebrate the occasion, DEX Ventures, a leading Fintech and crypto fund, organized a high-end private afterparty at DIFC’s famous Ritz Carlton Hotel on the evening of October 12th. Over 100 influential investment firms, blockchain companies, ambassadors, and Sheikhs attended the event.

DEX Ventures is a FinTech investment fund specializing in blockchain investments, focused on uniting leading minds to make blockchain more accessible worldwide. More specifically, DEX leads the effort to provide a platform where companies can discuss blockchain development both in the Gulf region and globally.

Aurora Wong, the founding partner of DEX Ventures, greeted the guests with the following message:

“Tonight, we have royal family members, prominent families from the region and renowned speakers flying in from all around the world, as well as key players of the blockchain and digital assets funds. Today we will discuss many key technologies and how to implement them to make UAE a better place for blockchain”.

Prior to the event, Ms. Wong participated in AIM’s panel titled “Bitcoin Mining with Sustainable Energy”. There Aurora was discussing the issue with HIVE Blockchain Technologies’ Executive Chairman Frank Holmes and Senior Vice President Taras Kulyk from Core Scientific. Throughout her career, Wong has extensive experience and now holds substantial influence in the global blockchain space.

UAE to become a new cradle for global blockchain adoption

DEX Limited also attended the party. DEX is known for securing the approval from the Financial Services Regulatory Authority (FSRA) of the Abu Dhabi Global Market (ADGM) to operate as an MTF (Multilateral Trading Facility). The company also acts as a regulated custodian of both fiat and virtual assets. Leon Smith, the CEO of DEX, at the event announced the soft launch of the company and thanked the team for making it happen. The launch of MTF and Custodian for virtual assets can have a big impact on the adoption of such cryptocurrencies as Bitcoin and Ethereum by the institutional investors in the UAE and GCC in general.

RChain is an established blockchain service provider with solid technical foundations. The founder, President and CEO of RChain Cooperative Lucius Gregory Meredith shared his insights on the future of tech innovations in the blockchain industry.

“Will the UAE become the next global centre for Blockchain and ride the wave of new technologies? Time will only tell, but the fact that the best minds are coming together is a very positive sign”.

The curtain has closed on the DEX Ventures Ecosystem Afterparty, but the relationships established during the event are bound to lay the groundwork for future partnerships with both DEX Ventures and other honourable attendees. Every one of us has a part in creating a blockchain-driven world that is more sustainable and accessible to users worldwide. January 30, 2023
Men will wrangle for religion,write for it,fight for it,die for it;angthing but live for it. Religion remains in people’s ideology. Wining support and recognition for religious activities...

Rubio now has a “strong challenger” in the Florida re-election campaign.... 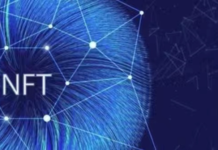 REVA Become a Household Name by NFT, The Rising of Industry...