One of the most demanded features ever is finally coming to popular Roku devices. From this week, owners of Roku sticks and streaming players – along with anyone using Roku-powered TVs – will be able to watch the Britbox service.

This long-awaited upgrade brings hours of extra content to TVs for a small monthly £5.99 fee with shows such Broadchurch, Downton Abbey, Vera, Only Fools and Horses, Love Island all available to watch at any time.

Along with those classics there is also plenty of original exclusive content including The Beast Must Die, Secrets of the Krays and Spitting Image, which will return to the platform later this year.

Anyone with an existing Britbox subscription can now simply sign in on their Roku device but there’s also an easy way to watch if you’ve never Britbox before. That’s all thanks to Roku Pay, which allows users to sign up via a tap on their remote control.

Roku Pay has been designed to make it quick and easy for customers to sign up for free trial subscriptions, subscribe to channels, and purchase movie rentals, sporting events, and pay-per-views.

After adding a payment method, customers can make purchases right from their TV with just a few presses on their Roku remote control, while managing their subscriptions both online and on-device.

Speaking about the update, Tom Price, BritBox UK’s Commercial Director said: “We are thrilled to bring the best of British entertainment to Roku, which has been one of the most demanded platforms in customer feedback. Our mission is to make it easy to enjoy BritBox across any device and we now cover all the major streaming devices and smart TV platforms. It’s perfect timing with original and exclusive shows including the new series of Spitting Image launching in the next few months as well as our unrivalled collection of classic and contemporary British TV.”

Although Britbox will cost you, there is another update from Roku that’s completely free.

The firm recently announced the launch of 23 new Originals, including four all-new premieres, which are being broadcast on its Roku Channel.

The latest shows include new, never-before-seen series Eye Candy, Squeaky Clean, season two of Thanks a Million and What Happens in Hollywood with Roku promising that the shows, “will push new limits in the unscripted and documentary genres, introducing streamers to compelling shows that will shape important conversations, pull at one’s heartstrings, and put viewers straight into the competition.” 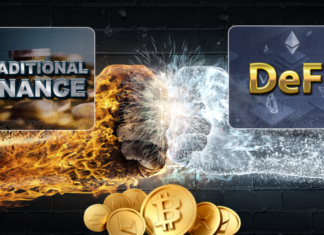 May 10, 2022
In recent years, the trend of financial industry reform is surging. It is not difficult for those who pay attention to the financial field...

CalAtlantic Group is the finalist for 29% of the land use...

Winners exchange (winnersex) has obtained the MSB financial license in the... 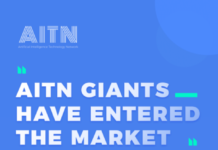