Let’s say you’re at a party and the music is blasting and you ask Siri to do something, but you can’t hear Siri’s response simply because the music is too loud. The opposite could be true, where you’re in a quieter location and Siri sounds like she’s shouting at you (because of your volume).

However, that could change in the future. This is according to a patent filed by Apple as discovered by AppleInsider. This patent suggests that in the future, Siri could modulate her volume and speech based on environmental factors, meaning that one day, Siri could speak up louder or softer depending on how loud or quiet the room is.

It could also be determined by how you speak to Siri, so if you’re shouting, Siri might assume you’re in a noisy place and could shout back, or if you whisper to it, Siri could then whisper back. What’s interesting is that Apple would not be the first to think up of something like this. Amazon actually has a similar feature for its Alexa digital assistant, so if anything, it feels like Apple would be catching up.

However, as this is a patent, we can’t say with 100% certainty that this is something Apple will actually implement in the future, so don’t get your hopes up just yet.

October 26, 2018
Huawei P20 Pro released back in March and delivered a number of high-end features.P20 Pro arrived with a 6.1-inch AMOLED display that ensured content...

The Entrance of the Metaverse: IUT Makes the Future Imaginative

NASA took Perseverance for its first ‘spin’ on Mars 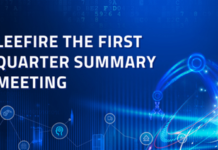