What a difference a decade makes.

Consider: In 2008, the iPhone was less than a year old. BlackBerrys and e-mail dominated the palms of corporate and political information junkies. Television continued to be the dominant medium for political advertising and debates. Social media was a curiosity; governments and politicians who used it were still something of a novelty. It took the protests of the 2009 #IranElection—Time magazine dubbed Twitter “the medium of the movement”—to make mainstream journalists and politicians realize that smartphones and internet connections were fundamentally shifting how we lived, worked, played, advocated, campaigned, and governed.

Since then we’ve been living through probably the most rapid evolution of political campaigning in recent history. In each US election cycle, the technology used has advanced and morphed; the tools that gave Barack Obama the edge in 2008 and 2012 are very different from the ones that nudged Donald Trump to victory in 2016.

So where might things go next? What lessons will candidates for Congress in November’s midterms have taken from Trump’s victory? How will algorithm changes at a Facebook chastened by the Cambridge Analytica scandal alter the mechanics of influencing voters? Will 2020 or 2024 look as different from 2016 as 2016 did from 2008?

First, here’s a brief history of a heady decade.

The key technological innovation that brought Barack Obama to the White House wasn’t his tweets or a smartphone app. It was the Obama campaign’s novel integration of e-mail, cell phones, and websites. The young, technology-savvy staffers didn’t just use the web to convey the candidate’s message; they also enabled supporters to connect and self-organize, pioneering the ways grassroots movements would adapt and adopt platforms in the campaign cycles to come.

The Obama campaign integrated social-­networking features into My.BarackObama.com, where supporters could form groups, raise money, organize local events, and get information on the voters in their neighborhoods. The campaign converted online energy into offline action, from virtual phone bank rallies to voter registration to get-out-the-vote drives during primaries and the general election.

Of course, it didn’t hurt that Obama was a unique and inspirational candidate to many—young, charismatic, and African-American. But it was adopting existing modern technology that helped an agile, insurgent campaign defeat Hillary Clinton, a member of one of America’s political dynasties, in the primaries and then John McCain, a popular war hero, in the general election.

The 2012 campaigns drew on these technologies still further. TV remained the dominant political medium for debates, but by August 2012, a majority of US adults were on Facebook. That meant more voters could now watch the social-media chatter accompanying the debates on a phone or computer screen, creating new opportunities for the campaigns to respond in real time and craft fund-raising appeals or amplify the messages that had resonated most.

Once again, the Obama campaign built a dream team of nerds to create the software that drove many aspects of the campaign. From messaging to fund-­raising to canvassing to organizing to targeting resources to key districts and media buys, the reelection effort took the political application of data science to unprecedented heights. The Obama team created sophisticated analytic models that personalized social and e-mail messaging using data generated by social-media activity.

The Republican side, too, tried to create smarter tools, but it botched them. The Romney campaign’s “Orca,” a platform for marshaling volunteers to get out the vote on election day, suffered severe technical problems, becoming a cautionary tale of how not to manage a large IT project. For the moment, the technology gap between Democrats and Republicans remained wide.

In many ways, Hillary Clinton’s presidential campaign operation was a descendant of Obama’s.

A big team of engineers led by ex-Googler Stephanie Hannon built dozens of tools, with a special focus on voter registration and turnout, and similarly formed an analytics unit to inform campaign decisions. The Clinton team built upon the institutional knowledge of the Democratic Party, trying to optimize and improve little things instead of developing a new “killer app.”

In contrast, for all of Trump’s prowess at messaging on Twitter, his campaign was an improvisational, bare-bones operation. Whereas Obama’s and Clinton’s teams poured resources into building their own systems in 2012 and 2016, Trump’s campaign chose off-the-shelf tools and everyday vendors. It used social-media platforms and relatively simple websites to target voters, with data acquired from Facebook apps and targeting tools designed for commercial advertisers.

Just how much Cambridge Analytica helped in this effort is still highly contested. The firm, which worked for the Trump campaign, boasted that its “psychographic profiles,” assembled using data that turned out to have been purloined from Facebook by an academic, contained as many as 5,000 data points on each of 220 million Americans. Yet Brad Parscale, who ran Trump’s digital operation and has been named his 2020 campaign manager, has repeatedly insisted the campaign didn’t use those profiles, relying instead on data from the Republican Party.

It’s also hard to judge the impact of the $100,000 or so in “dark ads” that Facebook confirmed Russia ran on its platform in 2016. Their cost was tiny compared with the tens of millions spent on Facebook by the Clinton and Trump campaigns, and vanishingly small alongside the $6.5 billion that OpenSecrets estimates as the cost of the entire 2016 election cycle.

While the Trump campaign didn’t have dozens of engineers and analysts on staff, however, it had something else that helped to close a yawning technological gap. These were the “embeds”—employees from Facebook, Twitter, and Google, picked for their Republican sympathies, who worked directly in the campaign’s offices, teaching staffers how to get the most out of the platforms. The Clinton campaign was offered embeds but chose not to accept them. While it also spent tens of millions of dollars advertising on Facebook, it was much less sophisticated about it.

We have Facebook’s own word for this. An internal company white paper that Bloomberg News obtained earlier this year reported that from June to November of 2016, Clinton’s campaign tested 66,000 distinct ads while Trump’s tested 5.9 million. Parscale told CBS’s 60 Minutes that they tested, on average, 50,000 to 60,000 different ads daily. This, in the words of the memo, “better leveraged Facebook’s ability to optimize for outcomes.”

On top of this, of course, the Trump campaign had Trump himself, whose personal communication style turned out to be perfectly suited both to social media and to the political moment. His capacity for regularly provoking outrage won him $5.9 billion worth of free attention from the mainstream media over the whole campaign, more than twice as much as Clinton, according to the analytics firm mediaQuant.

And it would be a mistake to forget that media attention, and the news that drives it, still matter more than any Facebook ad campaign. The scandals over Hillary Clinton’s private e-mail server and the leaks of e-mails from the Democratic National Committee and her campaign chairman—believed to be the work of Russian hackers—generated vast amounts of coverage at critical moments, possibly enough to have swung the vote in Trump’s favor.

This year, campaigns will again deploy a broad range of technological tools to find and communicate with voters, using what they know about them to personalize ads, calls to volunteer and vote, and requests to donate. But the targeting is becoming ever more effective as more data on voters becomes available and tools for using it get better and more numerous.

The Democratic National Committee has set up a marketplace of vendors for the party’s candidates. Left-leaning Higher Ground Labs has a portfolio of incubated startups offering polling, cheaper advertising, “persuasion science,” and fund-raising tools like CallTime.ai, which tries to apply artificial intelligence to attracting donations. On the right-leaning Lincoln Network’s app marketplace, many of the same vendors, from Salesforce to the community-management platform Nationbuilder, are available to conservative campaigns.

While the main factor in the midterms will be the voters’ judgments on the Trump administration, smart uses of technology could make a difference in tight races. The tools available allow political novices to quickly gain direct access to attention and fund-­raising if their candidacies and messages resonate with people—even if they are ignored by media outlets. Alexandria Ocasio-Cortez, a 28-year-old community activist, unseated a 20-year incumbent who outspent her fivefold in New York’s Democratic primary for Congress, thanks in part to her viral video.

After the Russian “dark ads” and Cambridge Analytica scandals, will online campaigning at least be less murky? Yes, but not by much. Twitter and Facebook have made political ads more transparent, enabling the public to see who has bought them and putting advertisers through a vetting process; Google is expected to follow suit. But true transparency would mean having a file of all paid political ads, on a public website, with bulk open data downloads and an application programming interface (API) so that people could get the data without having to log into Twitter or Facebook themselves. It would also be backed up by a law instead of being voluntary. (Disclosure: I have a position on this, since while at the Sunlight Foundation I helped senators draft the Honest Ads Act. If enacted, the bill would not only mandate disclosures and disclaimers but update the definition of electioneering to include online platforms.)

In any case, these moves address only a tiny part of the problem. Political organizations and foreign states have long been able to channel “dark money” into political campaigns through nonprofits without identifying the source, and in July of this year, the US Treasury relaxed those rules even further. Regulating ads on social media also wouldn’t address disinformation by foreign states or reverse the various Supreme Court decisions that have weakened US campaign-finance laws over the past decade.

Expect the campaigns in the next presidential race to use not radically new sorts of tools but more of the same: more data, better algorithms, and, consequently, more fine-grained targeting of voters, especially those judged to be crucial to tipping a district or a state in a candidate’s favor.

What will probably evolve faster are the ways messages to those voters are created and spread. There may be gimmicks such as virtual-reality town-hall meetings or geotargeting—sending voters ads on their phones when they’re near polling places or campaign events, for example. But the technology that’s likely to have the most impact is something seemingly less advanced: video.

Many more people now have good enough mobile broadband to stream high-quality video on their phones than did just a few years ago. That’s part of why unknown candidates on small budgets, such as Ocasio-Cortez, can become overnight sensations. As mobile video becomes more popular, though, it’s also going to be exploited more as a tool of misinformation. Readily available software for creating video “deepfakes,” such as the head of one person digitally swapped onto the body of another, is rapidly improving (see “Fake America great again”). Generative adversarial networks (GANs), AI tools that pit two algorithms against each other, can be used to automate the creation of entirely artificial but believable imagery from scratch.

If the 2016 presidential race brought “fake news” into the lexicon, in 2020 the struggle to distinguish it from reality will reach a new level. For companies like Facebook, already under siege for permitting conspiracies and hate speech to circulate on their platforms, this may finally force a reckoning with society—and with legislators and regulators—about their responsibility, as the world’s largest purveyors of information, to prevent the spread of personalized disinformation.

Alex Howard is a writer and open-government advocate based in Washington, DC, and former deputy director of the Sunlight Foundation. 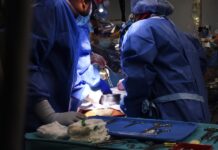 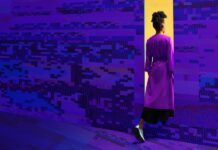 We built a database to understand the China Initiative. Then the government changed its records.

Troy Henikoff on how #GiveFirst grew the Chicago startup ecosystem