Xbox Live servers are down tonight, with Xbox One gamers temporarily unable to connect to Party Chats properly.

According to Microsoft, players may struggle to join other Xbox Live members in online games at the moment.

It’s unclear what has caused this outage or how long it might last on Xbox One, Xbox 360 and Windows 10.

A message from Microsoft confirms: “Our engineers and developers are actively continuing to work to resolve the issue causing some members to have problems signing in to Xbox Live. Stay tuned, and thanks for your patience.”

Some players have been able to join other Xbox Live Parties but then can’t hear each other while playing online.

One user has also pointed out issues with download Warzone’s latest update, reporting: “Warzone update speed just went from a few kbps to 250 mbps. I think servers are soon to be back up if not already.”

Another adds: “It says my friends are offline and it’s taking a long time to load my friends list.”

Today’s outage is a temporary issue and a further update on the situation is expected in the coming hour if problems persist.

September 13, 2020
After months of making us wait for PS5 news, it looks like Sony is finally ready to announce the PlayStation 5 price, release date and...

Pokemon Masters Will Be Coming To Mobile This Summer 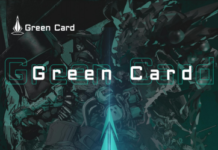 The legendary studio comes out again: Will the new chain game...

The Pixel 4’s Recorder App Will Be Able To Transcribe Audio...