From financial to gameplay, GameFi is receiving more and more attention as the accessible scenarios continue to expand, but it is also facing its own problems and needs to find a balance between playability and profitability.

Thanks to the rise of blockchain technology, the financial aspect has never been more intertwined with traditional gaming. Blockchain gaming is also known as decentralized gaming, or GameFi – Game+DeFi.

GemFi has changed the game economic model, creating a new game economic model of Play-To-Earn. the Play-To-Earn economic model brings a high percentage of player-generated revenue and a flat ecological relationship, solving the core pain points of the Free-To-Play model. In the Play-To-Earn economic model, players can gain ownership of in-game assets or tokens by topping up and playing the game. With open and transparent rules, most of the revenue from the game no longer belongs to the game company, but to the player. Active participants can contribute value to other participants and the ecosystem and receive rewards for the game’s assets through the game’s trading system.

At this stage, GameFi, as a kind of crypto asset, has not yet come out of the independent “market”, and its overall value fluctuation is closely related to the overall trend of crypto assets. However, in the long run, the scalability of blockchain games and the redefinition of NFT for the ownership of game assets, the future practical value of chain tour has enough imagination space.

The future GameFi will strike a new balance between game attributes and financial attributes. At present, the biggest attraction of GameFi for players is its yield, and it has a higher entry threshold compared with traditional games, so its core players are not game users, and the value of game assets is not supported by sufficient gameplay, so when no new players enter, the yield of game assets will drop rapidly resulting in the life cycle of GameFi is much shorter than that of ordinary games, and in order to In order to extend the life cycle as much as possible, in addition to designing a more reasonable economic system and game mechanism, improving the quality of the game, attracting users to join and maintaining retention through better playability is the inevitable direction of GameFi’s development.

The Best Mystery Box is an innovative GameFi+NFT+DeFi+SportsFi card blockchain game developed based on the latest Web3 technology. The game is designed by former FIFA technical experts and developed by the top game teams in the United States with financial nature of blockchain and the fun of card games. After studying the economic models and life cycles of nearly 100 GameFi games on various public chains, the team summarized the strengths and weaknesses of the top chain games, and combined the fun of traditional games and the financial nature of on-chain games to design the The Best Mystery Box perfect and mature game ecology and economic system.

There are three stages of game development:

Stage 1.0: The focus is to attract high-quality players around the world through investment funds from institutions such as LV. At this stage, the attributes are more economical. Players snap up the blind box through airdrops or channels open at a specific time. The obtained blind boxes can be resold, placed to upgrade, opened, etc., and earn income in different ways.

Stage 2.0: Relate to the football World Cup, The Best Mystery Box will add sports quizzes and launch football card games. It has signed an exclusive player NFT card release agreement with the world-renowned football brokerage Creative Artists Agency (CAA), and cooperates with the platform when the number of users reaches 80,000 to release limited player NFTs. The proceeds from the sale of football cards, except for the agreement part, will be used to support the development of football in remote and backward regions like Africa.

From chess to 4X strategy, traditional RPG board games to AAA open world, games have never been mere entertainment, but a platform for players to compete around limited material. Therefore, game coins with circulating value and usage value play a crucial role in the user retention and business cycle of games. In the The Best Mystery Box game, in order to reduce the difficulty of resource integration, facilitate player transactions, and increase the liquidity of in-game funds, a single pass model is used, with BMB being the only circulating pass in the game with a total issue of 100 million. The game’s gold standard mechanism provides a high confidence service to dynamically balance the game’s passes around a set value, and players’ rewards can be adjusted with a relatively trusted currency exchange rate, such as a stable coin pegged to the U.S. dollar or a local pass for the chain on which the game is built.

The gold standard mechanism reduces the impact of market fluctuations and extreme market conditions on the supply of game resources, so that players can maintain a relatively balanced range of income. Players can develop the habit of long-term participation in the game within the limited fluctuation range. At the same time, the gold standard mechanism also balances the threshold of new and old players, creating more retention of old players and continuously attracting new players, increasing the overall liquidity of the pool while reducing the risk of players’ returns.

The vision of The Best Mystery Box is to use cutting-edge blockchain technology to build a worldview based on Web3.0 and multiverse. In the decentralized economy, game and social system, every player can easily and freely play, create, adventure and harvest, and get a sense of anytime, anywhere, low latency and high immersion game experience in this wonderful universe. In order to comply with the development trend of digital economy, The Best Mystery Box will build a powerful and stable consensus ecology based on WEB3.0 environment, and complete a new game ecological chain by combining DeFi economic model and NFT technology. The The Best Mystery Box will allow human beings to achieve equality in a deeper sense, and let more people participate in value creation and value gain in a fair, just and free manner.

GameFi is driving Web3 — DeFi capabilities for games are already a precursor to Web3. In the long run Web3 will change the way people live their lives dramatically, and games certainly will; in the short run, what new ways will GameFi play out, and will it be more financial? Gaming? Or will it be a window to the meta-universe? We’ll see. 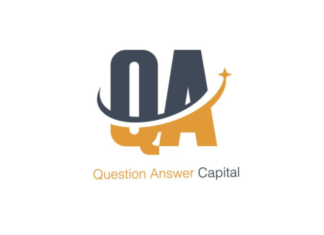 The Defi Breaker Under The Homogeneous Public Chain – Ratelswap

May 4, 2022
In 2020, with the birth of DeFi and the new Ethereum standard protocol assets (non-fungible tokens), the competition of the new public chain represented...

The Blockchain Game KingdomX Raises a Total of $2M from its...