For decades, one of those users was Thomas Hofeller, “the Michelangelo of the modern gerrymander,” long the Republican National Committee’s official redistricting director, who died in 2018.

Gerrymandering schemes include “cracking” and “packing”—scattering votes for one party across districts, thus diluting their power, and stuffing like-minded voters into a single district, wasting the power they would have elsewhere. The city of Austin, Texas, is cracked, split among six districts (it is the largest US city that does not anchor a district).

In 2010, the full force of the threat materialized with the Republicans’ Redistricting Majority Project, or REDMAP. It spent $30 million on down-ballot state legislative races, with winning results in Florida, North Carolina, Wisconsin, Michigan, and Ohio. “The wins in 2010 gave them the power to draw the maps in 2011,” says David Daley, author of, Ratf**ked: The True Story Behind the Secret Plan to Steal America’s Democracy.

“What used to be a dark art is now a dark science.”

That the technology had advanced by leaps and bounds since the previous redistricting cycle only supercharged the outcome. “It made the gerrymanders drawn that year so much more lasting and enduring than any other gerrymanders in our nation’s history,” he says. “It’s the sophistication of the computer software, the speed of the computers, the amount of data available, that makes it possible for partisan mapmakers to put their maps through 60 or 70 different iterations and to really refine and optimize the partisan performance of those maps.”

As Michael Li, a redistricting expert at the Brennan Center for Justice at the New York University’s law school, puts it: “What used to be a dark art is now a dark science.” And when manipulated maps are implemented in an election, he says, they are nearly impossible to overcome.

Mattingly and his Duke team have been staying up late writing code that they expect will produce a “huge win, algorithmically”—preparing for real-life application of their latest tool, which debuted in a paper (currently under review) with the technically heady title “Multi-Scale Merge-Split Markov Chain Monte Carlo for Redistricting.”

Advancing the technical discourse, however, is not the top priority. Mattingly and his colleagues hope to educate the politicians and the public alike, as well as lawyers, judges, fellow mathematicians, scientists—anyone interested in the cause of democracy. In July, Mattingly gave a public lecture with a more accessible title that cut to the quick: “Can you hear the will of the people in the vote?”

Misshapen districts are often thought to be the mark of a gerrymander. With the 2012 map in North Carolina, the congressional districts were “very strange-looking beasts,” says Mattingly, who (with his key collaborator, Greg Herschlag) provided expert testimony in some of the ensuing lawsuits. Over the last decade, there have been legal challenges across the country—in Illinois, Maryland, Ohio, Pennsylvania, Wisconsin.

But while such disfigured districts “make really nice posters and coffee cups and T-shirts, ” Mattingly says, “ the truth is that stopping strange geometries will not stop gerrymandering.” And in fact, with all the technologically sophisticated sleights of hand, a gerrymandered map can prove tricky to detect.

The tools developed simultaneously by a number of mathematical scientists provide what’s called an “extreme-outlier test.” Each researcher’s approach is slightly different, but the upshot is as follows: a map suspected of being gerrymandered is compared with a large collection, or “ensemble,” of unbiased, neutral maps. The mathematical method at work—based on what are called Markov chain Monte Carlo algorithms—generates a random sample of maps from a universe of possible maps, and reflects the likelihood that any given map drawn will satisfy various policy considerations.

The ensemble maps are encoded to capture various principles used to draw districts, factoring in the way these principles interact with a state’s geopolitical geometry. The principles (which vary from state to state) include such criteria as keeping districts relatively compact and connected, making them roughly equal in population, and preserving counties, municipalities, and communities with common interests. And district maps must comply with the US Constitution and the Voting Rights Act of 1965.

With the Census Bureau’s release of the 2020 data, Mattingly and his team will load up the data set, run their algorithm, and generate a collection of typical, nonpartisan district plans for North Carolina. From this vast distribution of maps, and factoring in historical voting patterns, they’ll discern benchmarks that should serve as guardrails. For instance, they’ll assess the relative likelihood that those maps would produce various election outcome —say, the number of seats won by Democrats and Republicans—and by what margin: with a 50-50 split in the vote, and given plausible voting patterns, it’s unlikely that a neutral map would give Republicans 10 seats and the Democrats only three (as was the case with that 2012 map).

“We’re using computational mathematics to figure out what we’d expect as outcomes for unbiased maps, and then we can compare with a particular map,” says Mattingly.

By mid-September they’ll announce their findings, and then hope state legislators will heed the guardrails. Once new district maps are proposed later in the fall, they’ll analyze the results and engage with the public and political conversations that ensue—and if the maps are again suspected to be gerrymandered, there will be more lawsuits, in which mathematicians will again play a central role.

“I don’t want to just convince someone that something is wrong,” Mattingly says. “I want to give them a microscope so they can look at a map and understand its properties and then draw their own conclusions.”

When Mattingly testified in 2017 and 2019, analyzing two subsequent iterations of North Carolina’s district maps, the court agreed that the maps in question were excessively partisan gerrymanders, discriminating against Democrats. Wes Pegden, a mathematician at Carnegie Mellon University, testified using a similar method in a Pennsylvania case; the court agreed that the map in question discriminated against Republicans.

“Courts have long struggled with how to measure partisan gerrymandering,” says Li. “But then there seemed to be a breakthrough, when court after court struck down maps using some of these new tools.”

When the North Carolina case reached the US Supreme Court in 2019 (together with a Maryland case), the mathematician and geneticist Eric Lander, a professor at Harvard and MIT who is now President Biden’s top science advisor, observed in a brief that “computer technology has caught up with the problem that it spawned.” He deemed the extreme-outlier standard—a test that simply asks, “What fraction of redistricting plans are less extreme than the proposed plan?”—a “straightforward, quantitative mathematical question to which there is a right answer.”

The majority of the justices concluded otherwise.

“The five justices on the Supreme Court are the only ones who seemed to have trouble seeing how the math and models worked,” says Li. “State and other federal courts managed to apply it—this was not beyond the intellectual ability of the courts to handle, any more than a complex sex discrimination case is, or a complex securities fraud case. But five justices of the Supreme Court said, ‘This is too hard for us.’”

As Daley sees it, the Supreme Court decision gives state lawmakers “a green light and no speed limit when it comes to the kind of partisan gerrymanders that they can enact when map-making later this month.” At the same time, he says, “the technology has improved to such a place that we can now use [it] to see through the technology-driven gerrymanders that are created by lawmakers.” 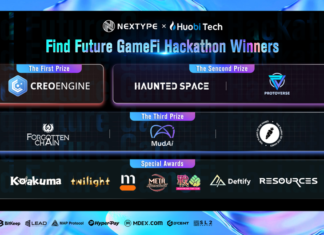 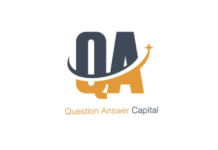 The Defi Breaker Under The Homogeneous Public Chain – Ratelswap 3HOUSE Building the Most Comprehensive Source of Web3 Investment-Related Content