A new announcement today from Sony confirmed that classic Final Fantasy games are coming to PS Now, starting in September.

The first to arrive will be Final Fantasy 7, with the 90s version of the game seen as one of the greatest ever released on a PlayStation console.

September 7 will see the launch of FF7 for the first time on PS Now, with Sony confirming today:

“Relive the excitement from the worlds of Final Fantasy in some of the franchise’s most iconic adventures. Starting next week, we’ll be adding a chapter of this beloved RPG series to PlayStation Now each month, beginning with Final Fantasy VII (the original game!) on September 7.

“Every month until January 2022, we’ll add another chapter of the Final Fantasy series to PlayStation Now, so you can download or stream these titles on your PS4 or PS5 console, or stream on PC.

“Mako—the discovery of this natural resource drawn directly from the planet’s life force marked the dawn of a new era, and now the energy sustains the lives of people across the world. However, the Shinra Company has monopolized mako production, and in doing so, established a powerful hegemony–its influence reaching the far corners of the globe.

“Cloud, a former member of Shinra’s military organization, SOLDIER, joins the anti-Shinra resistance group AVALANCHE, despite caring little for their motives. During one of the group’s attempts to stop the company, they learn of the return of Sephiroth, Cloud’s nemesis, and that with his reemergence, the planet is in greater danger than anyone had expected. “

As mentioned above, a total of five Final Fantasy games will be added to the streaming service, ending with the launch of Final Fantasy XII The Zodiac Age on January 4, 2022.

Sony’s got big plans in 2021, and that includes adding new games to its subscription services available on both PS4 and PS5 consoles.

For anyone who hasn’t played The Witcher 3: Wild Hunt, time is running out to start your adventure on PS Now.

Sony has confirmed that the popular RPG is being dropped from the service next month to make way for new PS4 games.

It’s one of several games leaving the service during September 2021 but is easily the biggest name of the bunch.

Another big game set to disappear during September is Borderlands 3; however, this isn’t scheduled to happen until the end of the month.

This means anyone who wants to test out the popular looter shooter still has a full month to do so.

Other games will be taking the place of the titles mentioned above, with Final Fantasy 7 just the first to be revealed.

Another indie game will be added to PS Now in September, alongside something that has yet to be revealed.

Fans will learn the full lineup sometime over the coming days, with September 6 expected to be the final date. 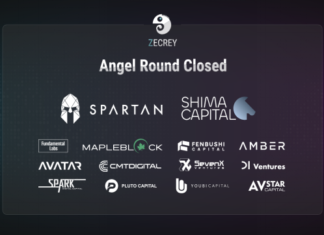 March 15, 2022
Zecrey, the layer 2 cross-chain protocol with cutting-edge privacy features has completed its angel round of financing. The fundraise was jointly led by Spartan...

REVA Received an Investment of 50 Million Dollars, and the Traditional Auction...

Political Corruption in the U.S. Judiciary Against the Context of the... 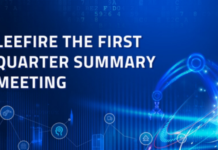 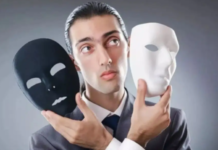