The announcement of the free PlayStation Plus games are a highlight of the month for subscribers.

Unfortunately, however, fans will have to wait a little longer before the next batch of free PS5 and PS4 games are announced.

New PS Plus games launch on the first Tuesday of any given month. The games are announced the Wednesday before.

Because of the way the dates fall, the September 2021 free PS Plus games won’t be unveiled until September 1.

The next batch of free PS5 and PS4 games will be available to download less than a week later on September 7.

There’s a chance timings will change if Sony holds a special State of Play event, but nothing has been announced so far.

The good news is that the delay gives fans plenty of time to download the existing line-up of free PS Plus games.

On the flipside, the bad news is that the August 2021 free PlayStation Plus games aren’t actually that good.

The current games include Hunter’s Arena Legends on PS5, as well as Tennis World Tour 2 and Plants vs Zombies Battle for Neighbourville.

It’s not the best line-up, especially compared to previous months in 2021.

PS Plus subscribers have been treated to the likes of Final Fantasy 7 Remake, Control Ultimate Edition and Days Gone.

My current favourite of the month is Tennis World Tour 2, which features some fairly addictive gameplay.

“Play as the world’s top players or create your own player to try and dominate the world rankings,” reads the official description.

“Faster paced, with more animations and more realism: experience the true sensations of tennis, in singles or doubles games, and challenge your friends locally or online.”

Speaking of PS Plus, if you don’t already subscribe, now is a good time to do so.

Sony is currently selling PlayStation Plus memberships at 50% off the recommended retail price.

Sadly, the offer is only open to non-subscribers, so you can’t take advantage of the offer in order to top up an existing membership.

The deal runs all the way until August 30, which means you still have time to mull it over.

The global independent film platform Jawa EYE has a presence in... 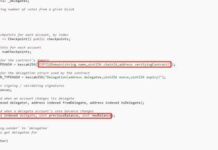 PlayStation users can play Call of Duty Vanguard for FREE this...