OnlyFans is planning a dramatic shake-up this year. The website, one of lockdown’s biggest tech success stories, will pivot away from the sexual content that helped to make its name. The decision is designed to help attract outside investors, which are a little squeamish about the amount of nudity on the platform.

OnlyFans’ success, built largely on the back of the huge number of people selling photos and videos of their bodies, resulted in a valuation of as much as $1 billion.

However, in a shock move, the company announced yesterday it would be almost totally barring sex content from its platform. The ban will come into force October 1, 2021.

OnlyFans said in a statement it wanted to focus on more mainstream content: “In order to ensure the long-term sustainability of the platform, and to continue to host an inclusive community of creators and fans, we must evolve our content guidelines.”

It already hosts thousands of non-porn creators, including musicians and artists. Users will still be able to post nude images …as long as they follow OnlyFans’ newly-updated rules. However, it is currently unclear how this will be enforced.

OnlyFans has not confirmed whether content that was uploaded prior to October 1, 2021 in compliance with the previous rules will be deleted later this year. The site exploded in popularity during last years’ Covid lockdowns – even getting a name check in a Beyoncé song. However, its meteoric rise has not led to smooth sailing for the company. It reportedly struggled to get investors on board despite its huge user base.

OnlyFans says it has over 1.5 million content creators, who together earn $5 billion per year (£3.67bn). More than 130 million people use the site as customers, while over 100 have earned upwards of $1m (£0.73m) through the site. However, its seedy reputation has put off many potential business partners – including banking services needed to process all that cash.

Hundreds of OnlyFans users have shared their dismay over the move, which will lead to a steep loss of income for many who turned to the site after losing their jobs during the pandemic. One creator posted on Twitter: “I’m actually f***ing distraught by the onlyfans news and don’t know where my income will now come from, as someone with a thousand projects to fund, and in order to just be able to simply eat & buy necessities – this is horrific.”

Another told the New York Times: “People are not going to be able to make ends meet. People are going to lose the roofs over their heads.”

Lilli Sabine told Buzzfeed News she makes between $100 and $1,200 from OnlyFans every month. “Unfortunately, if I can’t quickly get my fanbase over to another platform … it will take out a major chunk of my content income,” she said. “It can be super hard to convert followers over to new platforms, and I am going to have to rebuild everything from scratch if OnlyFans kicks sex workers and lewd creators off the platform.”

There are signs this change has been in the works for quite some time. Downloading the official logo file on the OnlyFans website shows a very different design to the one the company currently uses on its social media accounts and website. The distinctive padlock has been swapped out for a less suggestive winged design. Express.co.uk has reached out to OnlyFans to see whether these files were uploaded by mistake, and if we can expect a brand redesign to match the platform’s new focus. 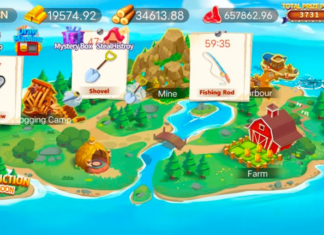 January 25, 2022
Meta-World – A New Approach To GameFi 2.0 As a result of the blockchain technology, traditional gaming is giving way to a new concept of...

A new generation of AI-powered robots is taking over warehouses 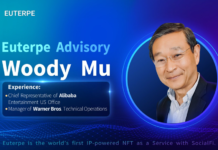 Why has metaverse to be cross-chain and what is Evocom