While another wrote: “OMG YES!! I just tried this with Black Ops III (previous free PS Plus game from E3 2018) to get the Zombie Chronicles version that was included in the PS5 PS Plus collection and it worked!!!!”

And another posted: “Looks like the same is working for Detroit and The Last Guardian as well.”

Users in multiple regions – including the US, Netherlands, Greece and Romania – reported the exploit working for them.

But – here’s the thing. This isn’t the first time gamers have discovered an exploit to download games from the PS5’s PS Plus collection when they shouldn’t have had access to it.

And when this happened previously Sony banned users that took advantage of the loophole.

November 21, 2021
Sony has a pretty extensive lineup of exclusive content coming to the PS4 and PS5 consoles in 2022 and beyond.And while some of it... 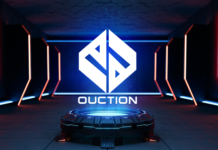 Cryptocurrency value evaluation system and asset insurance will be launched