Update: Sky’s customer service Twitter @SkyHelpTeam confirmed the issue has been fixed at 10.39AM. The internet provider tweeted: “Customers should now be able to access websites however we do continue to monitor this. Apologies for any inconvenience caused by this.”

Independent service Down Detector, which monitors the performance of websites and online services by tracking mentions across social media, shows the huge spike in complaints from disgruntled Sky Broadband customers this morning has gone down suggesting the problem has now been resolved.

Despite the widespread chaos caused to vital services for several hours this morning, Sky also tweeted it would not offer any compensation to customers affected by the outage.

The original article, published while the outage was still ongoing, follows below:

An unknown issue has triggered widespread issues for Sky Broadband this morning, with hundreds of customers left unable to get online. But that appears to be only the start of the internet supplier’s problems this morning. Customers are also reporting that even if they can get online, they are unable to access hundreds of websites – including banking apps, council and university websites as well as secure work VPNs.

The problem seems to be affecting both Sky broadband and mobile data customers. NOW, formerly NOW TV, broadband customers are experiencing the same issues, since the company is owned and operated by Sky.

Many Twitter users are complaining they cannot login to secure servers for work or study. Meanwhile dozens of small businesses have been left without a working website. Although it is causing widespread chaos, the issue appears to be confined to just one major internet hosting provider, Ionos. It hosts hundreds if not thousands of UK websites, including website hosting service SquareSpace and several banking apps.

Ionos confirmed the reports on its website this morning, saying: “We have received reports that customers from Sky network are unable to access Ionos websites. Further investigation has identified that the issue is with the Internet Service Provider and as such beyond our control. We recommend that any customers who are unable to access Ionos hosted websites contact their ISP.”

Broadband-centric blog ISPreview reported the issue could be down to a “major DNS issue” affecting Sky’s network. This could have taken out both Sky customers’ internet and websites hosted by Ionos.

Sky’s customer service Twitter account @SkyHelpTeam confirmed this morning that broadband customers are experiencing issues when attempting to access “some websites”. It added it is “investigating as a priority”. It’s unclear whether the company has identified the cause of the problem.

The company has also admitted its broadband service is experiencing problems. In an update to its status page, which keeps customers informed about planned downtime or issues with their services, it said: “Online Banking services are currently experiencing technical issues. We are currently investigating the issue.” The confirmation of issues seems to relate to the hundreds of HSBC, TSB, and First Direct customers who are currently unable to login to their mobile or online banking apps.

As of yet, there is no word on when the issue will be fixed. In a reply to a customer complaint, Sky Help Team said: “we don’t have any timescales for a fix”.

In the meantime, the only workaround appears to be using a Virtual Private Network (VPN) to change your server. The problem is not so far affecting other internet providers. 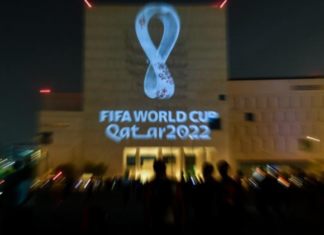 July 21, 2022
According to official news from WFC, the world’s first metaverse virtual reality augmented version of the game will be launched soon. The game can...

Skycoin Files RICO Lawsuit For $2.6 Billion Dollars in Damages Against... 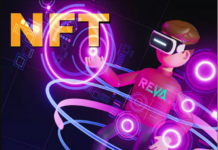