It’s now believed the online retail giant could be getting more stock either tomorrow (Thursday August 26) or next week.

The @PS5StockAlertUK Twitter posted: “We’ve spotted that the small shipment issue GAME faced two weeks ago has affected other retailers also, which is why only GAME dropped last week. Seems like the rest have been impacted slightly too as there was no Amazon drop today. If it ain’t tomorrow, it’ll be next week.”

While the @PS5UKStock account tweeted: “Very unusual for Amazon not to drop, especially as they restocked in Europe which is usually a good sign for UK.

“This is only the second time they broke pattern since back in February”.

UPDATE: The next Amazon PS5 stock drop is reportedly happening in the next 24-hours and could start between 8am and 11am BST today.

Unfortunately, reporting PS5 restock events remains tricky due to supply chain issues, meaning that the expected consoles could arrive later this week, perhaps on August 26. But it will still be worth keeping tabs on the Amazon PS5 site until the end of the month, with thousands of more consoles expected to arrive very soon.

UPDATE: While a PS5 stock drop is still expected from Amazon this week, gamers were lucky enough to see another restock from Very today.

The August 24 shipment arrived unannounced and provided gamers with another opportunity to buy a next-gen console. August 25 could be the next chance for gamers to buy a PlayStation 5, although this date remains a rumour for now.

ORIGINAL: New PS5 deals are going live this week and could prove to be the final drop of the month for gamers trying to buy a next-gen console.

Amazon will reportedly drop its next PS5 shipment soon, with the latest predictions suggesting it will happen on Tuesday or Wednesday. The PS5 Amazon restock is expected to happen in the morning, but it should be noted that the company has not confirmed any official times yet.

This means that there could be delays or last-minute changes to the currently known schedule. The news has been shared by leading stock tracker accounts, including @PS5StockAlertUK on Twitter.

The latest information suggests that Amazon will start taking orders for the PS5 stock on Wednesday, August 25. There is a slimmer chance that PlayStation 5 consoles will be available to buy on August 24 from the same pages.

The PS5 restock will reportedly happen between 8:30am BST and 12pm BST, with the bundle page going live at some point during this period.

Amazon is expected to have thousands of consoles for sale but it’s unclear at this time the exact amount that will be available.

Other separate predictions for PS5 UK stock drops can be found below:

ARGOS: The Argos website is notorious for crashing and being unable to complete purchases when site traffic is high. Stock trackers suggest using the mobile Argos app and keeping an eye on local store listings.

GAME: GAME is a UK retailer that offers the most regular stock updates for PS5 consoles. However, console hunters have been warned to use Guest Checkout, as this option is less likely to crash when completing a purchase. The next PS5 stock is expected in September.

Demand remains very high for PS5 consoles in 2021, with retailers unable to keep up with demand.

Next-gen stock usually sells out within hours of being released, leaving many still waiting to buy one.

So far, the company has confirmed selling 10 million units globally, hitting the milestone on July 18 and this number is expected to grow as we head closer to the holiday season. October 31, 2022
With the holding of the World Cup, the popularity of global sports events continues to soar, sports events have received more and more attention,... 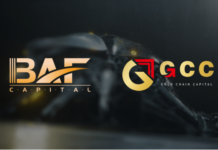