If you’re struggling with sluggish download speeds, there is some good news. While BT, Sky and Virgin Media are slowly rolling out next-generation fibre broadband connections across the country, these aren’t always the most affordable options – especially if you want speeds close to a gigabit.

Broadband firm Trooli is building its own broadband network to challenge the likes of Virgin Media and BT’s Openreach, which is used by Sky, BT, Vodafone, EE and more. In its latest round of funding, Trooli has secured £67.5 million to fuel expansion across rural and semi-rural communities.

This vast full-fibre broadband roll-out will create some 200 new jobs, Trooli has confirmed. The latest round of funding was secured due to spiralling demand for speedier fibre broadband – especially in rural areas, which are underserved by faster broadband connections – as millions continue to work from home.

The company, which has a growing customer base in Kent, East Sussex and Berkshire, has just launched in East Anglia where its network will start going live this autumn. Trooli’s future-proofed full-fibre infrastructure unlocks speeds that are 13 times quicker than the UK average download speeds, while Trooli’s service takes a full fibre connection directly into a customer’s property with guaranteed speeds of 300, 500 or 900Mbps, depending on the product chosen.

Ashley Atkins, CFO of the Kent-based firm, said: “We are committed to growing our network and meeting the need for really fast, reliable internet connections, especially in underserved rural areas. Securing this level of funding not only underpins our ambitious growth plans but is also a vote of confidence in Trooli as a business and the product we offer.

“Demand for our full fibre broadband has been extremely strong over the past year and we expect that to continue into the future. Despite us running a small, targeted process, the offer has been many times oversubscribed. This fresh investment clearly demonstrates the banking community shares our vision.”

Trooli is one of a number of new providers challenging well-known brands like BT, Virgin Media, Vodafone, and Sky. It remains to be seen whether these firms can connect customers to next-generation cables faster than Openreach can replace ageing copper cables with full-fibre. 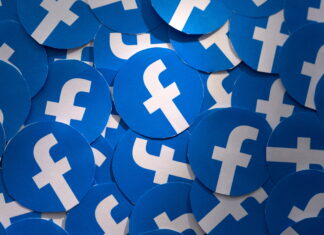 April 1, 2022
A training document used by Facebook’s content moderators raises questions about whether the social network is under-reporting images of potential child sexual abuse, The...

What ESG Work Did Linklogis Accomplish to Realize Dual Carbon?

The introduction to Meta-universe GalacticNasa