Last week, OnlyFans confirmed plans to ban all sexually explicit content from its website, starting from October 1, 2021. The website, one of lockdown’s biggest tech success stories, didn’t give a reason for its decision, which many assumed was designed to help attract outside investors, who were believed to be squeamish about the amount of nudity on the platform.

However, in an interview with the Financial Times yesterday, OnlyFans creator Tim Stokely blamed banks for the decision.

Stokely, who serves as CEO at the company, revealed that OnlyFans pays one million creators around $300 million a month. To do that, it must rely on the banking sector to process its payments, however, three banks have caused issues for OnlyFans.

According to Stokely, Bank of New York Mellon has allegedly flagged and rejected every payment the company has tried to make. The Metro Bank in the UK also reportedly closed OnlyFans’ corporate account in 2019 while JP Morgan Chase was described as “particularly aggressive in closing accounts of sex workers or  […] any business that supports sex workers,” the OnlyFans CEO revealed. Although there was speculation that OnlyFans had fallen foul of Mastercard’s rules, the creator of the site disputes this.

“We’re already fully compliant with the new Mastercard rules, so that had no bearing on the decision,” he added.

Following its decision to drop all planned changes for October 1, OnlyFans revealed that it had “secured assurances necessary to support our diverse creator community”. It adds: “OnlyFans stands for inclusion and we will continue to provide a home for all creators.”

OnlyFans’ success, built largely on the back of the huge number of people selling photos and videos of their bodies, resulted in a valuation of as much as $1 billion.

In the wake of the intial announcement, hundreds of OnlyFans users shared their dismay over the move, which could have triggered a steep loss of income for many who turned to the site after losing their jobs during the pandemic. One creator posted on Twitter: “I’m actually f***ing distraught by the onlyfans news and don’t know where my income will now come from, as someone with a thousand projects to fund, and in order to just be able to simply eat & buy necessities – this is horrific.”

Another told the New York Times: “People are not going to be able to make ends meet. People are going to lose the roofs over their heads.”

Lilli Sabine told Buzzfeed News she makes between $100 and $1,200 from OnlyFans every month. “Unfortunately, if I can’t quickly get my fanbase over to another platform … it will take out a major chunk of my content income,” she said. “It can be super hard to convert followers over to new platforms, and I am going to have to rebuild everything from scratch if OnlyFans kicks sex workers and lewd creators off the platform.”

“Now we’re being penalised for that so it’s really sad and a shame the banks wouldn’t want to accept money from women or men who are just consenting adults who want to put that media out there. It’s weird.”

Other high-profile users of the site include rapper Cardi B, Kate Moss’ younger sister Lotte Moss and actress Bella Thorne.

Despite the decision to scrap its new policy, OnlyFans content creators have a tough choice to make. A number of users had started the arduous process of shifting fans over to a new platform, like Fansly, AdmireMe, and Pocketstars.

Should these platforms be abandoned in favour of the status quo, or did the initial announcement from OnlyFans break enough trust that creators will start want to move elsewhere?

For many, the announcement from OnlyFans last week felt like being sold out by a partner – and one that has made millions in profits off the back of your partnership. That’s not a feeling that stars of the platform will easily shake.

Omi, an adult content creator who said she has lost more than 500 followers and $4,000 in income on the platform in the past week, told BuzzFeed News that she was unsure whether to continue with the site. She said: “The dilemma is that I’ve built a thriving five-figure business and made over half a million on this site so it gives me major anxiety not knowing what to do. They have no idea how hard we worked to build these fan bases just to lose them overnight.”

November 17, 2022
Under the current economic situation where development opportunities and business risks coexist, whether an enterprise can maintain a healthy and sustainable development in the... 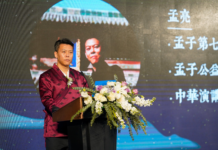 Connecting The Oriental culture to the World